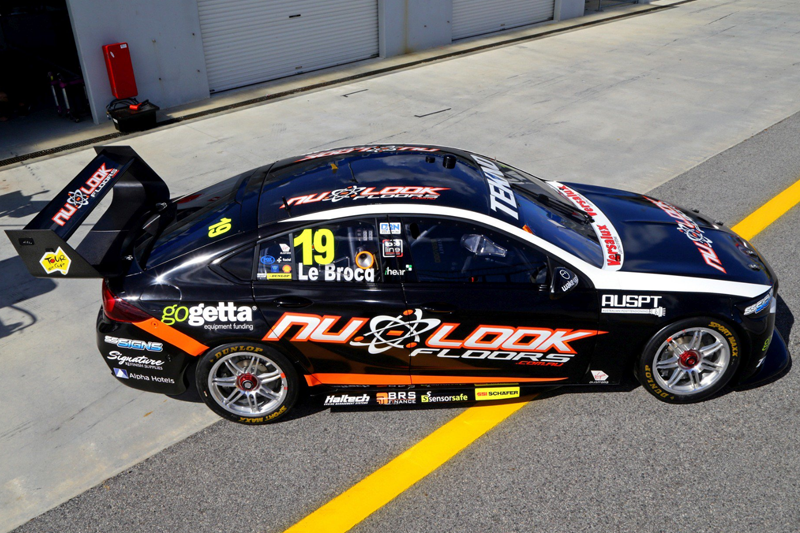 The Tekno Autosports Holden in pit lane at Barbagallo Raceway

The Jack Le Brocq-piloted car retains its black base, as well as the white stripes which have run across the top edges of the car since the second event of the season at Albert Park.

However, it now features the logo of family-owned epoxy flooring business Nulook’s logo on the doors, bonnet, roof, and boot.

“It’s a case of out with the old in with the Nu,” said Nulook Floors’ Wayne J. Smith.

“It’s great to be partnering with TeamTEKNO this weekend in Western Australia, it’s an exciting opportunity to showcase our brand in front of a national audience.

“We wish Jack and the team all the best for the event.”

Tekno has operated with rolling sponsorship since the start of the season, and ran with signage supporting cancer campaign Tour de Cure last time out at Phillip Island.

Practice 1 for the fifth round of the season at Barbagallo Raceway starts tomorrow at 1105 local time/1305 AEST. 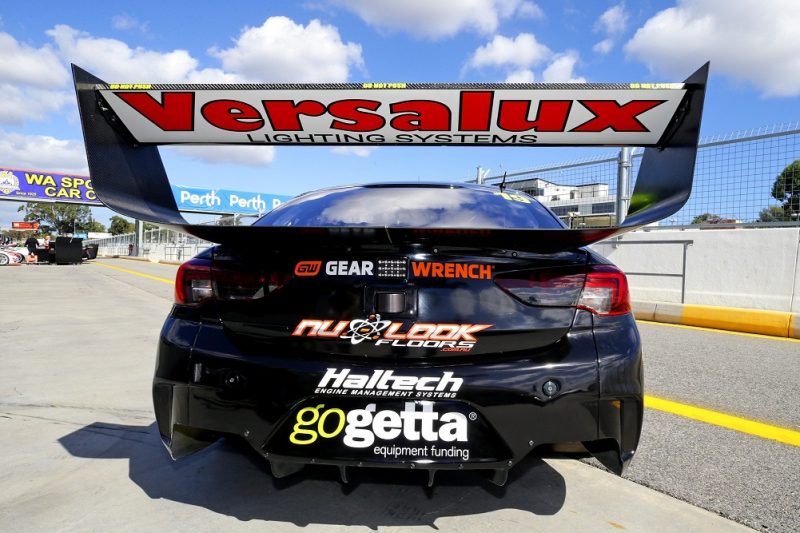