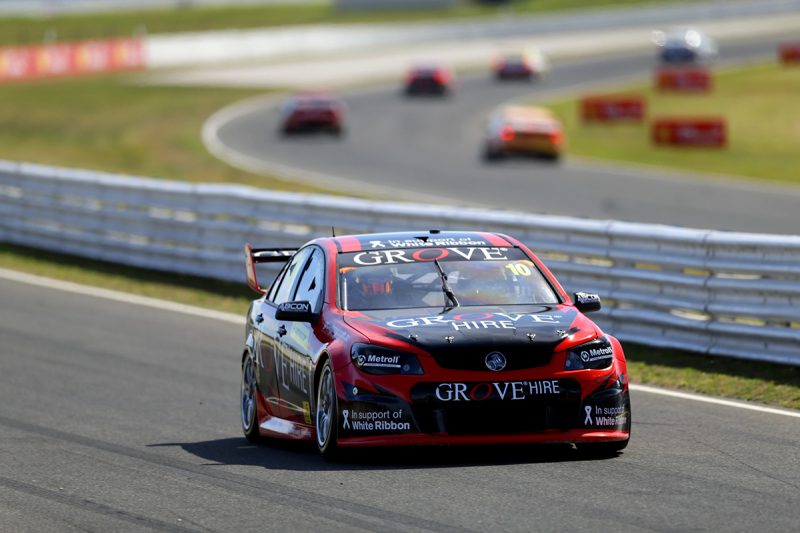 Richards will work with the 20-year-old who campaigns the ex-Triple Eight VF Commodore which the four-time Bathurst 1000 winner shared with Craig Lowndes in last year’s Pirtek Enduro Cup.

Grove is currently 20th on the table after a challenging initiation in Adelaide and last time out at Symmons Plains just under four weeks ago.

The Melburnian is looking forward to drawing on Richards’ vast experience in Supercars.

“I’m excited to jump back into the car, it hasn’t been too long since the last race so it should hold me in good stead to pick up where I left off,” said Grove.

“I have Steven Richards working with me this weekend to help me with my driving so that is a real positive.

“He is an incredible driver and mentor, so it will be awesome to be able to tap into his knowledge base and hopefully make some really positive gains.

“Steven has obviously worked with guys like Mark Winterbottom and Craig Lowndes and in Supercars, so his knowledge will be invaluable.

“The car I’m driving this season is Craig’s car from last year and the one Steve shared with him in the Supercars enduros, so Steve will hopefully be able to help me with set-up and car balance because he knows exactly what the car feels like himself.”

He says that this weekend at Barbagallo Raceway is again about learning how to drive a Supercar.

“Tasmania was another steep learning curve for me, however, I feel like I managed to come away with some more knowledge that I will hopefully apply this weekend,” added Grove.

“My approach this year has been to learn as much as I can without any real expectations. I think it has definitely held me in good step because I just keep picking up knowledge along the way.”

Round 3 of Super2 kicks of in Western Australia with two practice sessions tomorrow.