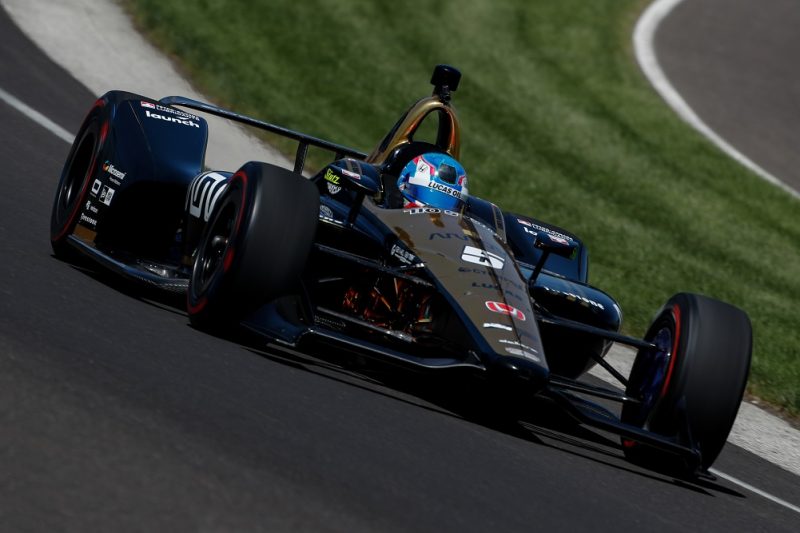 “We had to scramble a little bit to get James’ car ready because it wasn’t scheduled to be going on track, so we had to do some quick fixes and get everything ready to go,” said Wickens.

“It wasn’t ideal because we didn’t really do a seat fit for me in his car. Apart from the seat going in, everything was more ‘get on with it, get the orientation done.’

“We were actually a little pressed for time to get all the phases through in the time allocation we had.” Leist was marginally slower in the #4 AJ Foyt Racing Chevrolet ahead of veteran Jay Howard, who also used the #5 SPM car before he joins the team’s expanded Indianapolis 500 squad.

Patrick, who last competed in IndyCar in 2011, passed her refresher despite setting the slowest time in the #13 Ed Carpenter Racing Chevrolet.

The three-day test concludes on Wednesday (local time) with manufacturer testing for Chevrolet and Honda, ahead of the IndyCar Grand Prix on Indianapolis’ road course on May 11-12.