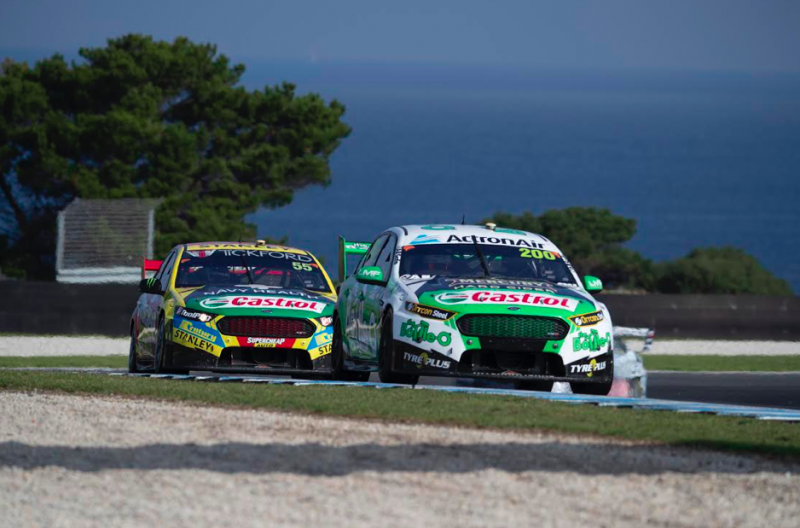 Tickford Racing is yet to score a podium result this year

Tickford Racing boss Tim Edwards says his squad is refusing to panic as it aims to find form at this weekend’s Perth SuperSprint following a frustrating start to the season.

The perennial championship contenders are the only multi-car team yet to score a podium result having struggled to consistently challenge the front running teams in the 10 races so far this year.

Chaz Mostert is the outfit’s highest placed driver occupying seventh in the championship, with Mark Winterbottom 14th, Cameron Waters 16th, while rookie Richie Stanaway is propping up the standings.

A combination of factors have been attributed to its slow start, including improvements from rival teams, and the squad’s inability to extract the best from the new specification tyres.

However, Edwards remains confident his operation will turn around their fortunes and believes small changes could result in noticeable differences on track.

“It doesn’t matter where we are in the championship, there’s no point panicking,” Edwards told Speedcafe.com.

“I’ve got nine very capable engineers who are working for me, and four very confident drivers, so I’ve got to put my faith in them that they’re smart blokes and will figure out a solution.

“I think certainly we haven’t been performing to a level that we expect, so we’re working hard in the background to try and improve that level of performance, so it’s what you’d expect us to be doing.

“There’s no silver bullet in this category, it’s doing a thousand things a hundred percent right. There are lots of small things, but certainly we’re not where we want to, or have to be, at the moment.

“There are no huge margins in this category at the moment so it’s very easy to slide up or down, so certainly we’re hoping that it’s looking up, up the order.”

“I think the level of competition’s gone up again.

“Certainly the new Commodore is more competitive than the old one so that’s allowed a few teams to sort of jump up.”

Having spent the last two weeks unearthing gains over its four cars, Edwards is hopeful that the team’s fortunes could turn at the high degradation Barbagallo Raceway this weekend.

“The challenge of this category, and it’s where we were strong particularly in ’15 and ’12 and a few other years, is being competitive on all these different tracks and we’ve lost that strength at the moment,” he added.

“But it’s not beyond the realms of possibility that we’re going to go to Perth this weekend and have a ripper weekend; that’s our expectation going there.

“Things that weren’t necessarily happening for us at Phillip Island might be strong for us at Perth because they’re very different.”

The view is echoed by Winterbottom and Waters who have noticed improvements being made since Phillip Island.

“It’s obviously been a lean start to the year for us, but I always love being in the car, and the guys have made some good work getting ready for this weekend, so I’m looking forward to getting on track,” said Winterbottom.

Waters added, “We’ve had a productive couple weeks trying to make back some gains on the Monster Energy Ford, and I think we’ve got something to work with heading into the weekend, so we’ll head out on Friday and see where we stand.”

The Perth SuperSprint begins on Friday with opening practice scheduled for 1105 local time.