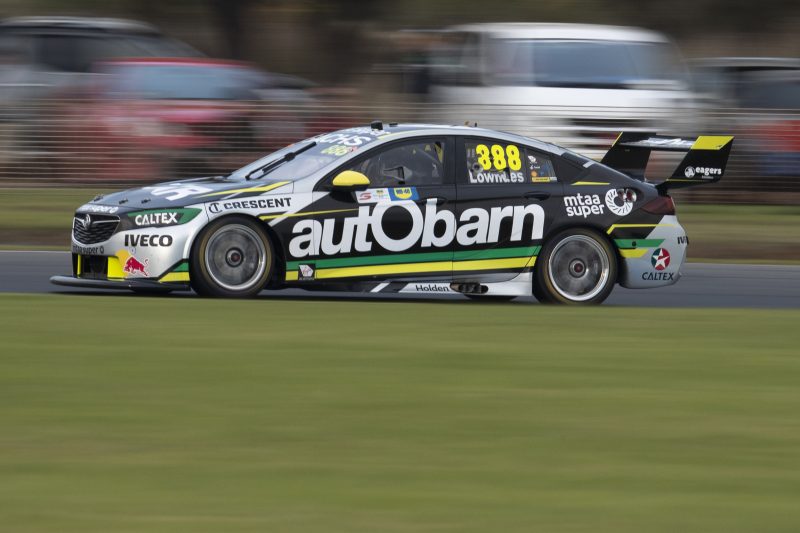 Craig Lowndes believes he is firmly among the contenders for this year’s Supercars Championship as he prepares to return to one of his most successful hunting grounds this weekend.

The Triple Eight driver heads to the Perth SuperSprint at Barbagallo Raceway lying fourth in the championship standings following a strong start to the campaign, highlighted by a drought breaking win in Tasmania last month.

After describing a podium-less 2017 as ‘disastrous’, Lowndes feels a combination of hard work in the off season and the new ZB Commodore and tyre package has put him back into championship contention.

The 43-year-old’s struggles last season stemmed from being unable to extract the most from the 2017 specification tyre in qualifying, leaving him in the midfield on the grid.

New tyres for this season have seen qualifying improve, underscored by a first pole since 2015 at Tasmania, which was followed by a first race win since July 2016.

“We do (feel as though we are title contenders),” Lowndes, who is one of six race winners this year, told Speedcafe.com.

“There is no doubt we are going to tracks we should be going well at.

“We have still got Winton, Townsville and Pukekohe where we haven’t had great success in the past.

“We know the second half of the year is going to be tougher to get better results than the first half of the season.

“We kicked a goal by being on the podium for the first time (at Tasmania) in the new look team and for Sunday to have a pole and a win was a fantastic weekend for us to get the monkey off our back.

“People were talking about it (the winless run) a lot and the only way you can quieten that up is to go out and get results. 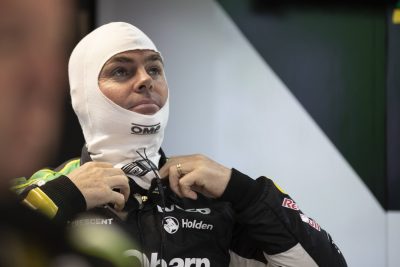 Lowndes is fourth in the championship standings

“For Irish (Lowndes’ engineer John McGregor), he had a bit of pressure on him as we had gone into a second year of our combination and not having any success last year.

“It was a disastrous year last season and we worked very hard over Christmas to make sure we didn’t repeat that this year and it shows.”

After solid top 10 results at Phillip Island, Lowndes will be hoping to continue his rise up the championship standings at Barbagallo Raceway, where he has scored a staggering 16 race wins during his career.

“I don’t know if (the success at the circuit) is an advantage, it definitely gives you confidence going into the weekend that you know you have great success there in the past, so you know it is achievable,” added Lowndes.

“It is a matter of making the car suit what I need.

“This tyre is definitely a tyre I can work with a lot better than last year.

“It is easy to say but hard to explain. Last year we struggled with qualifying pace but this year we have definitely turned that around with this tyre.

“It is going to come down to being on the first couple of rows in Perth because of the nature of the track and the high degradation.

“You definitely don’t want to be coming from too far back.

“To be honest a couple years ago we showed you can go out of the strategy window and still make it work. I think it will be an exciting weekend for strategy and to see who gets it right.”

This weekend will also see the return of the new three stage qualifying format after a successful debut at Symmons Plains.

Lowndes is fan of the new system that heaps more emphasis on Friday Practice with the top 10 drivers on combined times enjoying a direct path to the second segment of qualifying.

“It does put more of a highlight on Friday and I think it would be great if we could introduce that at a lot of other places we go to,” he added.

“It gives everyone a better opportunity to get a timed lap in without all the congestion and the cars. We have seen in the past at Barbagallo how bad it can be.”

Opening practice will begin on Friday on 1105 local time.