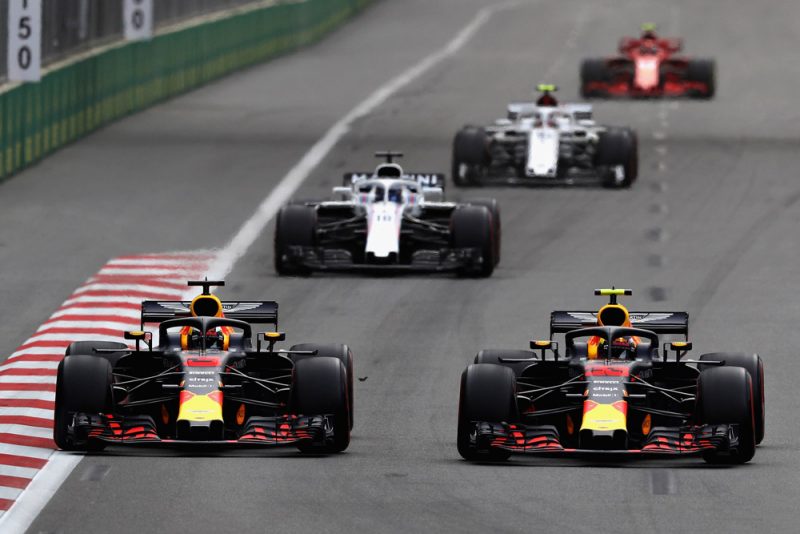 Despite the punishment, Ross Brawn also suggests that Ricciardo was little more than a passenger once he was tucked up behind Verstappen, making contact inevitable.

Ricciardo and Verstappen made contact when braking for Turn 1, the Australian locking up and sliding into the rear of Verstappen’s car.

It took both Red Bulls out of the race, costing the team valuable championship points.

In the wake of the incident both drivers have been forced to apologise to the team in person, though the team has been reluctant to point fingers at either for causing the collision.

Post-race, stewards investigated the incident and handed both drivers a reprimand, a decision Brawn agrees with.

“I don’t want to comment on who might be held responsible or how a team should manage these issues during a race, but I do think the Steward’s decision to reprimand both drivers was the right course of action,” Brawn told the sport’s official website.

“But I would like to highlight a technical point. Once Daniel had settled for his line, and Max had changed direction blocking that line, the Australian became a passenger.

“The downforce loss experienced by Ricciardo in the wake of Verstappen’s car would have made it unstoppable.

“We often think of downforce applying in cornering, but the impact the extra grip has in braking is huge.

“Take away that grip in braking and what happened on Sunday was inevitable.”

The comments come as the sport announces plans to simplify aerodynamics for 2019 in an effort to allow cars to follow more closely, and thereby promote overtaking.

From 2019, F1 will feature simplified front wings and endplates in an effort to reduce the turbulence coming off the front of the cars, while a larger rear wing will increase the DRS affect.

For Brawn, the incident between the two Red Bulls in Baku was a prime example of why the new regulations are needed.

“Whilst this was a very severe example, it did highlight once more the need of finding a way to develop the rules to make the cars more raceable in these conditions,” he reasoned.

“The decision of the Strategy Group and the F1 Commission taken yesterday, sanctioned by the FIA World Motor Sport Council, to approve a number of aerodynamic modifications, aimed at promoting closer racing and more overtaking for the 2019 season is definitely an important step.

“It’s also important to note that the decision has been taken after an intense period of research into the FIA’s proposals, which were made with the support of Formula 1 and, conducted by a majority of the teams.

“A good spirit, a good way of working together for a better and more spectacular Formula 1, which is what the FIA, Formula 1, the Teams, and most importantly, the fans want.”