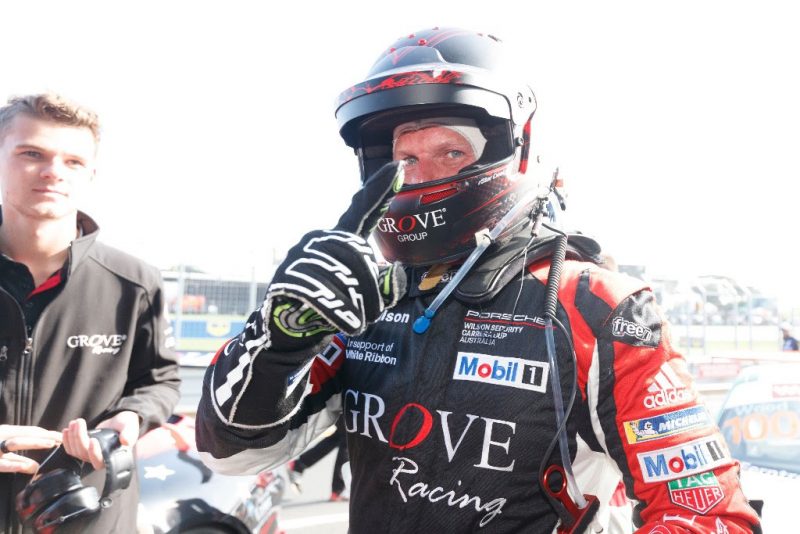 Stephen Grove will make his Porsche Mobil 1 Supercup debut on the support card for this month’s Formula 1 Monaco Grand Prix.

Grove will drive for French team Pro GT by Alméras in a Porsche 911 GT3 Cup car in the Principality.

The gentleman driver, who sits second in the TAG Heuer Pro-Am class of Porsche Wilson Security Carrera Cup Australia and won the equivalent title last year, is eager but wary of the challenge.

“Well, Monaco is the pinnacle of motor racing in my view and to go and do an event like that is pretty exciting,” said Grove.

“Because it’s such a unique circuit, the only way to prepare for it really is on the simulator; so, I’ve been doing a couple of hours on the sim each week to get acquainted with it all.

“It’s a pretty technical track, and a pretty rough track from what I’ve found on the sim so far – there’s no run off and no room for error.

“The entire layout is so iconic, and given the characteristic of the track, the way you approach and take a corner and some of the key corners there are different to anywhere else.”

The Melbourne-based driver is racking up an enviable list of race experiences.

Aside from being three times a class winner in the Bathurst 12 Hour, including 2018, Grove last year raced in the combined Carrera Cup Asia/Carrera Cup Japan round at Fuji, Carrera Cup France at Spa, and the 24H COTA.

He finished the latter second in class, an achievement he repeated in the 24 Hours of Dubai earlier this year.

The Monaco Grand Prix takes place from May 24-27.