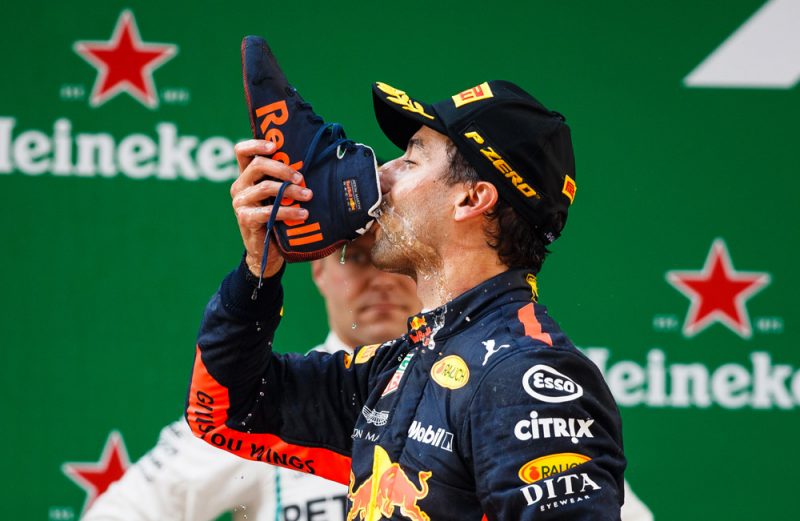 Daniel Ricciardo’s trademark ‘shoey’ celebration has been trademarked by Formula One Licensing.

Ricciardo has become known for drinking champagne out of his race boot on the podium, mirroring the actions of Supercars driver David Reynolds and SuperUtes racer Ryal Harris.

Australian MotoGP rider Jack Miller has also performed the action when he won the Dutch TT at Assen in 2016.

It’s now been revealed that Formula One Licensing has been granted a trademark registration to the word ‘shoey’ according to the World Intellectual Property Organization.

The license applies in a number of countries, including Australia, Mexico, the United States, Malaysia, and Great Britian, and extends primarily to drink containers such as glasses, bottles, and mugs.

The sport does not, however, own the rights to Shoey branded clothing, which belongs to a separate company based out of Queensland.