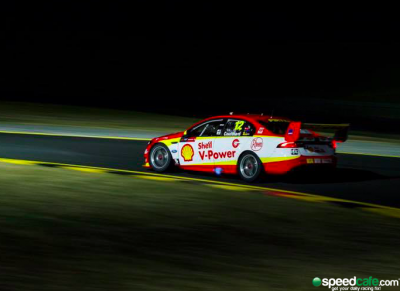 The championship confirmed last week that 2.8km version will be used instead of the full circuit for the category’s showpiece night racing event from August 3-4.

A call was only made to use the shorter layout which bypasses Corporate Hill by way of a link road from Turn 4 to Turn 8, decreasing the track length by 25 percent.

The Druitt circuit was last used by Supercars 22 years ago when it also hosted a night race in 1996.

It is understood the logistics and cost to light the full circuit were among the factors in moving to the shorter layout.

The 2.8km circuit is set to pose drivers an increased challenge to make overtakes in the race, which carries a significant 300 points, equivalent to that on offer for the Sandown 500. 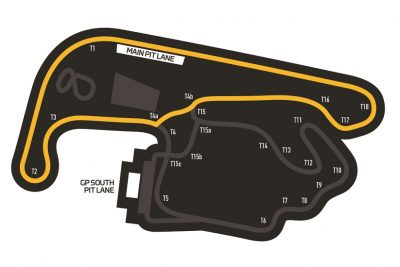 Garth Tander agrees that overtaking opportunities will be limited in the 300km race but understands the reasons why the shorter circuit is being used.

The Garry Rogers Motorsport driver was enlisted alongside Shane van Gisbergen to help carry out a further lights test for television.

“It is not ideal. There is no getting away from the fact that passing is limited on the full Sydney Motorsport Park circuit and now some of those opportunities have been taken away,” Tander told Speedcafe.com.

“I understand why they have done it from a logistics and from a cost of the lighting point of view.

“There is going to be a lot on offer that weekend with 300 points for one race so it is a really good opportunity to make a move in the championship before the enduros.

“There is still going to be opportunities at Turn 1 and Turn 2 and what will be the new Turn 4.

“It will be challenging and it will be entertaining that’s for sure. The cars will look spectacular live and on the television.”

Craig Lowndes is the only driver on the current grid to have raced a Supercar on the circuit having starred during the 1996 night event, where he scored two race wins.

The Triple Eight driver believes use of the full circuit would have produced a better event and expects starts to be crucial to make up positions.

He also feels some ‘interesting’ tactics will be deployed by drivers given the amount of points on offer.

“It will be an interesting little circuit but to be honest it is going to limit where the passing opportunities are,” Lowndes told Speedcafe.com.

“I think that is going to be really Turn 2 to be honest because everything else is quite fast and flowing and there is not much of an opportunity.

“We raced on a short track back in 1996 as a twilight event and it does highlight the different characteristics of the car, with the brakes and exhaust flames, but it would have been nice to do the full track under lights.

“I think that would have been a better event but saying that I understand it is costly to light up a race track and it is good that the category is trying do different things.

“I think there is going to be more emphasis on the starts and making sure you position your car well to maximise especially Turn 2.

“You can already see that people are going to try and take the high line and go around the outside to get the inside for Turn 3.

“Knowing what we have got to deal with, there will be more emphasis on the start and the opening laps.

“It will be no different to a Sandown in terms of points.

“Being just the one race there will certainly be some interesting tactics going on. However, with that amount of points on offer people will be smart about how they will drive.”

The Red Rooster Sydney SuperNight 300 will be held from August 3-4.

“Let’s test, see what they say, then do the complete opposite” pic.twitter.com/Ic8WaV2slR