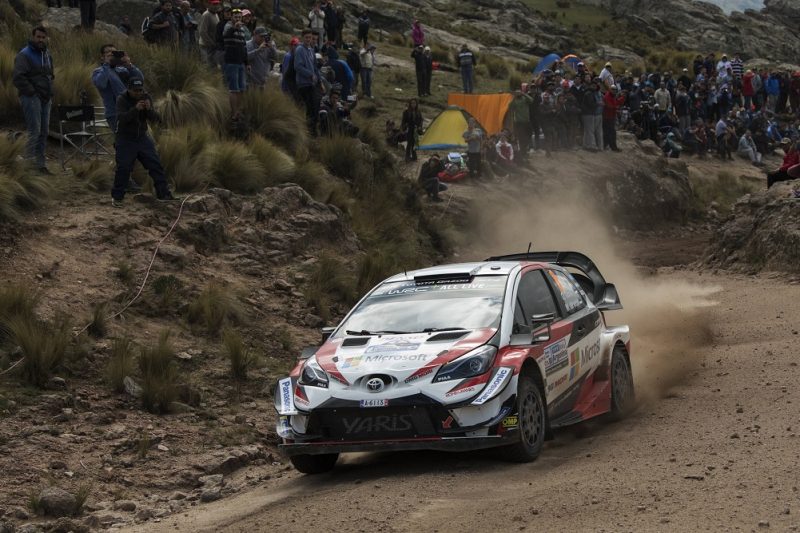 Ott Tanak made no mistake on the final day of Rally Argentina to take a comprehensive victory in Round 5 of the FIA World Rally Championship.

Tanak took a cautious approach to Sunday’s three stages, having already won 10 of the 15 prior stages, but did also pick up two Power Stage points.

“It’s a special one. We never knew what was going to happen with the team change but it’s nice to see how quickly we’re improving,” he said.

“The car is near enough to my liking and it’s a massive boost for a driver if you have the confidence.

“I can’t say it was easy, I was pushing really hard and living on the edge on Friday and Saturday.”

Sordo had appeared assured of a podium but for a significant error heading into the final day, and so it was that the Spaniard finished with a 42.9s margin over Ogier.

Mikkelsen had been quick on the final day, taking his Hyundai through Special Stage 16 with the fastest time before being second-fastest to Neuville on SS17.

Esapekka Lappi’s Toyota suffered a puncture on SS16 which saw the Finn drop from sixth to eighth.

He stayed in that position until the end of the rally behind Elfyn Evans (M-Sport Ford) and Kris Meeke (Citroen), the latter of whom took the final Power Stage point.