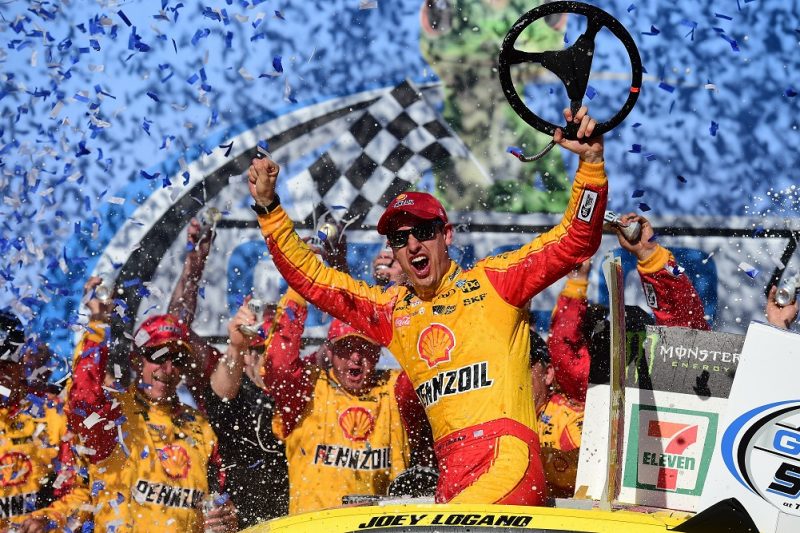 Joey Logano has staved off late-race pressure from Kurt Busch to win the GEICO 500 at Talladega Superspeedway.

The #22 Team Penske Ford driver ended up winning by 0.127s, almost a year to the day since his last victory in the Monster Energy NASCAR Cup Series at Richmond.

Logano took the lead for the first time under Caution on Lap 75 before being passed by Denny Hamlin (#11 Joe Gibbs Racing Toyota).

He was nevertheless in with a chance of winning the second stage of the motor race but couldn’t find a way past Paul Menard (#21 Wood Brothers Racing Ford), who scored his first Cup Series playoff point.

Logano had another spell in the lead from Lap 138 which was briefly interrupted by team-mate Brad Keselowski (#2 Team Penske Ford) before pitting under green flag on Lap 145.

The 27-year-old regained the lead on Lap 147 as the pit stops played out and held on to top spot all the way until the end of the 188th and final lap.

There were two Cautions for crashes, the second of which on Lap 165 was the customary ‘big one’ when Jimmie Johnson got the #48 Hendrick Motorsports Chevrolet crossed up.

The former champ took several with him including Keselowski, who had won Stage 1, and Menard.

Johnson sets off ‘the big one’