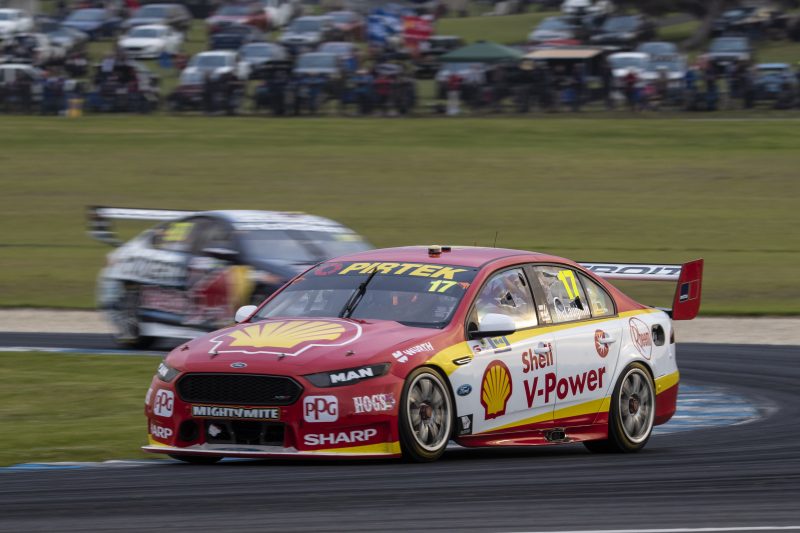 The Ford squad bounced back to form at Phillip Island after Scott McLaughlin converted back-to-back pole positions into two race wins to move the Kiwi to the top of the championship standings.

McLaughlin’s Phillip Island clean sweep ended a period of dominance by Holden teams, who had scored victories in the previous five races, stretching back to Race 4 at Albert Park in March, which was also won by McLaughlin.

Last year’s series runner-up is the only Ford driver to win this year while the new ZB Commodore has taken out seven of the 10 races this season, with the wins spread across five drivers.

While pleased to see his team return to form, Story admits Phillip Island was one of the tracks where his cars were predicted to shine.

He feels the trip to Perth’s Barbagallo Raceway (May 4-6) will provide a true indication as to where his team currently lies compared to its rivals.

“Phillip Island is one of these tracks which we identified as playing to the Falcon’s strengths so we went there with high expectations of ourselves that we should do ok,” Story told Speedcafe.com.

“It was the perfect results in that sense for Scott, and Fabian (Coulthard) showed some competitive form too, but we were not able to get the same set of results on that side of the garage as we would have liked.

“It was a positive weekend to come away with the championship lead and some good points in the teams’ standings. But not all the weekends will be this rosy.

“There are a couple of challenges ahead of us in Perth but we will know more once we get through the weekend. There will be a much more clearer picture of where things are.

“There is certainly the case of some tracks playing to cars’ strengths and we have seen that so far.”

Story’s theory has been validated by Holden’s stranglehold at Tasmania’s Symmons Plains, which was then followed by struggles for Commodore teams at the aero dependent Phillip Island.

However, Shell V-Power Racing proved the team to beat in Western Australia last year scoring double victories courtesy of McLaughlin, which included a one-two in the Saturday race.

The Perth SuperSprint begins on Friday with opening practice scheduled for 1105 local time.