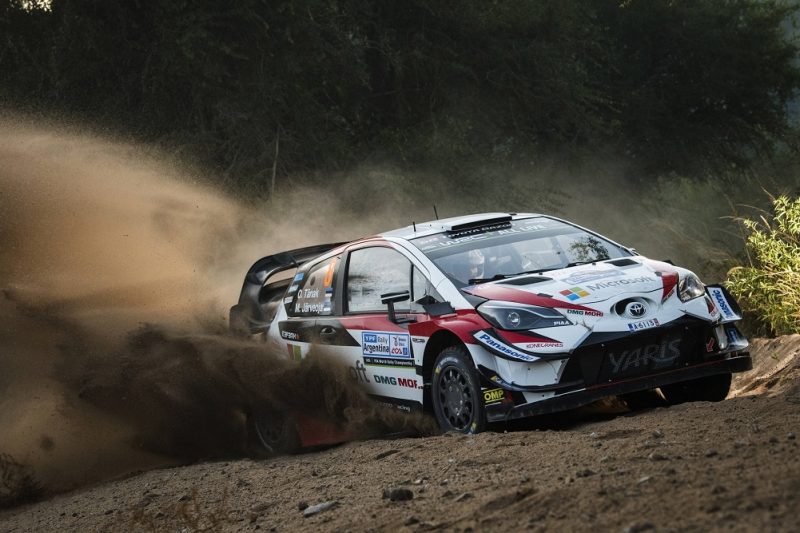 Ott Tanak has moved into the lead of Round 5 of the World Rally Championship after winning five of the seven stages on Day 2 of Rally Argentina.

The Toyota Gazoo driver leads by a healthy 22.7s from Kris Meeke and Thierry Neuville.

Tanak spun on the first stage of the day, Special Stage 2, when he hit a rock but won the next two stages on the morning loop despite steering damage.

The Estonian took over top spot from Andreas Mikkelsen in the Super Special Stage 5 and won all three stages of the afternoon’s repeat loop.

Meeke lost a handful of seconds with a puncture on the final stage of the day but still sits second in his Citroen, ahead of Thursday night stage winner Thierry Neuville.

Championship leader Sebastien Ogier is fifth, winning the first stage of the day having not had to drive through the dust which hampered those who followed.

That performance had put the M-Sport Ford driver in the rally lead but sweeping the road soon became a disadvantage as he dropped down the order.

Mikkelsen’s consistency had seen him rise to first overall in the morning loop but copped a puncture in the first stage of the afternoon loop.

Lappi and Suninen also incurred punctures during the day.

Jari-Matti Latvala is out of the rally having hitting a rock in the morning which broke his Toyota Yaris’ right-front suspension and damaged the oil system.