Australia has a new single seater charge with dreams of climbing the ladder to Formula 1. 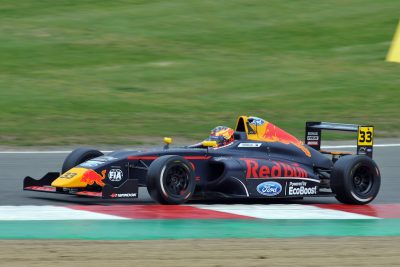 Jack Doohan, son of five-time 500cc motorcycle world champion, Mick Doohan, has made the graduation from karting to car racing this year, embarking on a full season in the British Formula 4 Championship.

The 15-year-old from the Gold Coast has joined the renowned Arden team to contest the British series and will also dovetail his commitments by competing in selected rounds of the German and Italian F4 championships with Prema Theodore Racing.

Doohan has already attracted the attention of Red Bull, landing a spot on the coveted young driver program which has helped produce F1 stars Daniel Ricciardo and Sebastian Vettel.

Speedcafe.com Editor Tom Howard caught up with the teenager to discuss the season ahead after scoring a third place finish in only his second ever car race at the Brands Hatch season opener.

SPEEDCAFE: How has the transition been from karting to single-seaters? 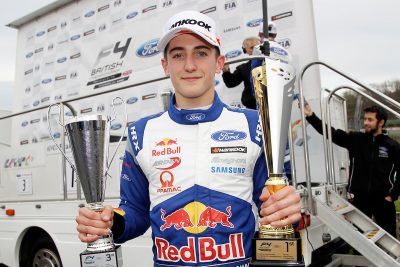 Doohan scored an outright podium with a third in Race 2 pic: PSP Images

JACK DOOHAN: It’s been different, it’s been difficult. It’s just more time in the car, which is obviously going to evolve and evolve during the year as we go on. The testing has gone well and we’ve done pretty good, so we just need to keep on improving and go at a steady rate.

SPEEDCAFE: You’ve chosen to compete in British F4 as well as F4 rounds in Germany and Italy, what are the goals for this year?

DOOHAN: This year is the attack year to be honest. I really want to knuckle down this year and just do the best I can, learn as much as I can as well as pushing for the wins and try and get the series championship this year. That would be the goal.

SPEEDCAFE: What does it feel like to have already got the attention of Red Bull via the young driver program?

DOOHAN: It’s really good; they’ve got the stepping stones to Formula 1 so everything’s there for the taking.

It’s just all up to me really. I just need to get the results, train hard, and do schooling well of course as well because you never know, so long as I keep on performing as best as I can, then we’ll see what the outcome is. 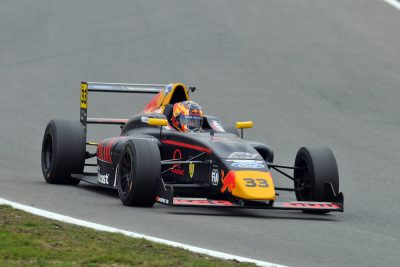 SPEEDCAFE: Is Formula 1 the ultimate goal?

DOOHAN: That would be the ultimate goal, but it’s a long way away.

SPEEDCAFE: Your father Mick was hugely successful on two wheels, has he been able to assist in your car racing career?

He didn’t push it in any way, so it was really good, but if he’s been there and he’s done it.

To have a mentor who’s my Dad as well is the dream dad, as well as just my Dad. But everything that he’s done and been through, he knows how to get to the top, so I’m lucky.

I played around in a little bit of bikes at the start but no, I’ve always been into cars.

SPEEDCAFE: Have you had the chance to meet any high profile drivers to help offer guidance? DOOHAN: Yeah, bit of ‘hi’s and byes with some of the drivers, and mainly more with Mark Webber and David Coulthard just around back home in Monaco.

It’s good to get some advice off them as well, obviously because they’ve been there as well, they’ve done it, so they know what it takes, so it’s good to ask questions and find out what it takes.

SPEEDCAFE: What have you learned from the Brands Hatch opener to take into into the second round at Donington Park this weekend?

DOOHAN: Basically the racecraft. Qualifying, we’ve got to get qualifying right (at Brands Hatch) and make sure everything’s right in qualifying, but I know that overtaking and the awareness of the other cars.

It’s been good, we’ve taken it as a whole and just a learning experience and we’ll come back stronger in Donington.