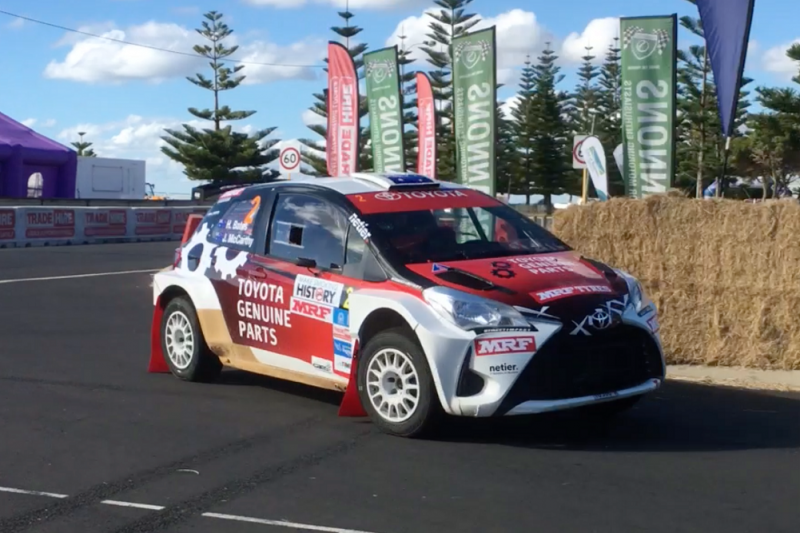 Bates and co-driver John McCarthy sit 1.1s ahead of the field after two runs through the 2.71km tarmac stage on the opening night in Busselton.

The Toyota Genuine Parts Toyota Yaris AP4 was fastest in each of those stages, with Steve Glenney second overall in the Contel Communications Subaru WRX STI.

Heat 1 of Round 2 of the CAMS Australian Rally Championship continues today in the forest around Nannup with eight stages totalling 100 competitive kilometres.