Michael Caruso where light rail work is ongoing. The circuit exits Turn 1 and runs through the intersection in the background pic: Michael Caruso Twitter

Supercars will run across light rail tracks when the Coates Hire Newcastle 500 is held in November.

The city’s new light rail line, due to be opened to the public in early 2019, will cross Watt Street just beyond the exit of Turn 1 on the Newcastle East Street Circuit.

Supercars’ Newcastle 500 Event Manager Kurt Sakzewski has advised Speedcafe.com that tracks are set to be laid by time of this year’s event.

The installation will make for a perpendicular crossing for race cars at the location which played a pivotal role in last year’s championship when Scott McLaughlin and Craig Lowndes clashed on the penultimate lap of the season.

The end of the line including that crossing is located on Scott Street, which forms the straight between Turns 8 and 9.

However, the terminus is just over 100m short of Turn 8 in the circuit’s infield, meaning no other part of the circuit is affected.

“The major civil works for the light rail project’s due to be finished before this year’s race, so that means all the heavy digging, the laying of the tracks, the building of the stations and all that sort of stuff,” Sakzewski told Speedcafe.com.

“Then they’ll go into a testing mode, so by the time our event comes around, the tracks should all be laid, the infrastructure should be there, and some of the trams may actually be visible and may even run on the tracks, but they certainly won’t be in actual operation.”

The rails will remain uncovered throughout the event and Sakzewski says that they will not have a significant impact on the cars or the feel within the driver’s seat.

There is also no concern over impacts on tyre durability.

“Actually it’s not that big of a deal, especially where it’s located,” he explained.

“The tram tracks will run longitudinally across the (race) track, and each track is probably about two inches wide so the cars will only briefly cross over them as they head up the hill.

“It’s an acceleration zone, not a braking area, so that also helps as well, and it’s straight across the track.

“In real terms, yes, there’ll be a little bit of change of traction between the bitumen area and when they actually run across the rail itself, the drivers will feel it as they drive across it as well, but it’ll be less impact than what they feel running over a ripple strip or something like that.

“We run over manhole covers, we drive over all sorts of things on street circuits to be honest.

“It will be no different to when they feel it when they run over a manhole cover or certain circuits where you’ve got a different patch of bitumen or bits and pieces like that.”

It was great to drop into Watt St in Newcastle today to see my friends at Robson Civil Projects. The light rail system they are building is going to make getting around so easy when we come back and race in November 👌🏻 pic.twitter.com/zRuLrKHCDI

The former train station next to the exit of Turn 1 will continue to be used as a support paddock area despite reuse of station buildings, though some support categories will be moved from other areas.

Sakzewski believes that access to the circuit will also be improved with the gradual completion of civil works within the city.

Last year, buses dropped fans off more than a kilometre from Gate 1, while sections of the CBD’s major thoroughfare were closed due to light rail construction.

“Our expectation is that a lot of the road system along Hunter Street will be reopened in time for our event,” Sakzewski added.

“From what we’ve been told, there should be the ability to have vehicle movement down in that area (closer to the train station), so hopefully we can get people a little bit closer in before they have to get off the bus or jump out of the cab.”

Meanwhile, Supercars will hold a Community Fun Day in Newcastle’s Civic Park tomorrow (Saturday 28) from 1000-1400, featuring an opportunity for locals to buy tickets before public sale begins on Sunday. 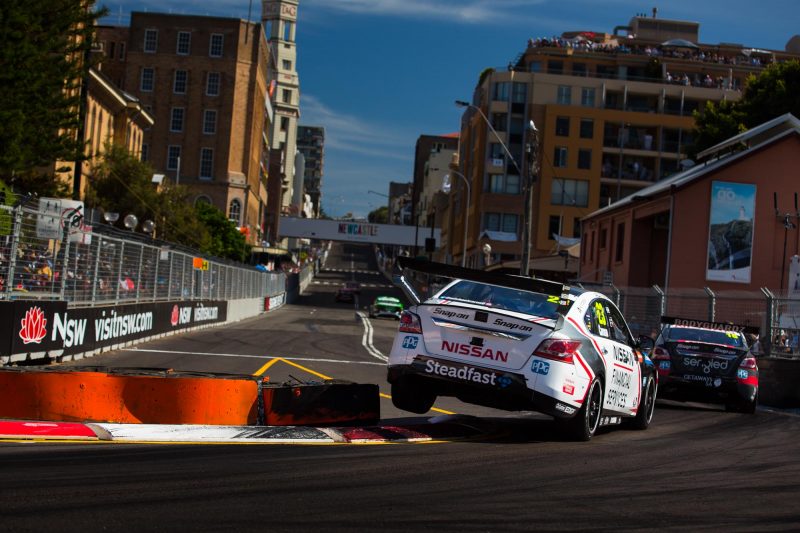