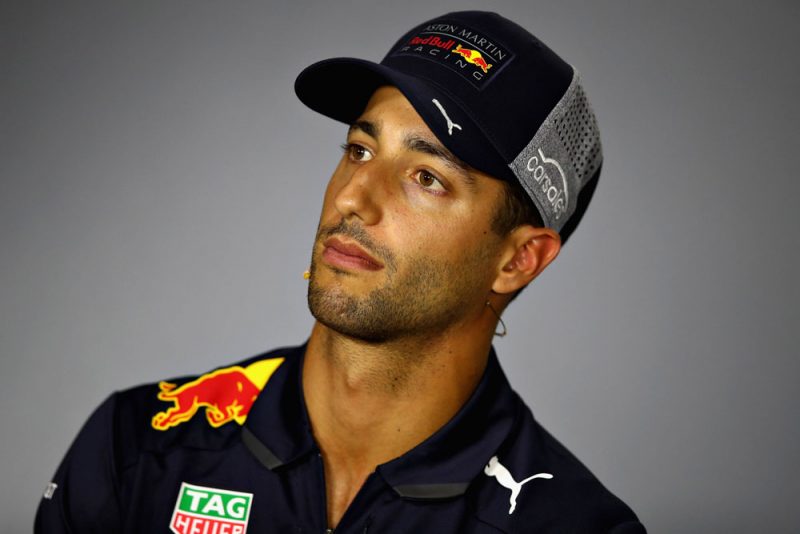 Daniel Ricciardo has denied suggestions he’s signed a pre-agreement with Ferrari ahead of joining the Scuderia for the 2019 Formula 1 season.

Out of contract at the end of the season, Ricciardo’s future has been the topic of much speculation in recent weeks, with rumours linking him to Ferrari, Mercedes, and staying put at Red Bull.

“No, that’s not true,” he responded when asked if there was any sort of pre-arrangement with the Italian team.

“I’ve only had talks with Red Bull. Even already last year, we’ve been pretty open with each other, and through the media as well, I think everyone is aware they’re interested in keeping me,” Ricciardo added.

“I’m aware of other reports, but there hasn’t been anything else. They’re not true, at least up until now certainly not.

“Lewis: I would love to be challenged against the best and Lewis is arguably up there, so for sure that would be a good challenge.

The Australian however did make it clear that his priority is having a car with which he can win the world championship, whether that means staying loyal to Red Bull or not.

“I wouldn’t want to go somewhere where I didn’t feel I had a chance,” he said.

“At the moment that’s what I’m chasing is to try and be world champion.

“I honestly don’t know what’s going on with other teams. At Red Bull there’s always been really good clarity and I would say fairness, since 2014, since I’ve been there.

“That’s been certainly a nice environment and I would expect that environment everywhere.

“It doesn’t mean where I am currently is not that place but I think that’s why I’m trying to take my time with it because it’s still too early,” he added.

“Obviously we won the last race, that was great but realistically we need to win more than just once in the season to fight for a title so that’s why I’m going to take my time, but that’s the priority for sure and I guess the financials and all that are definitely behind that.”

“I don’t really fear not having a seat next year so I don’t feel that I need to sign something tomorrow or I will have nothing, so I guess for that reason I feel like I can see until the summer what’s happening.”