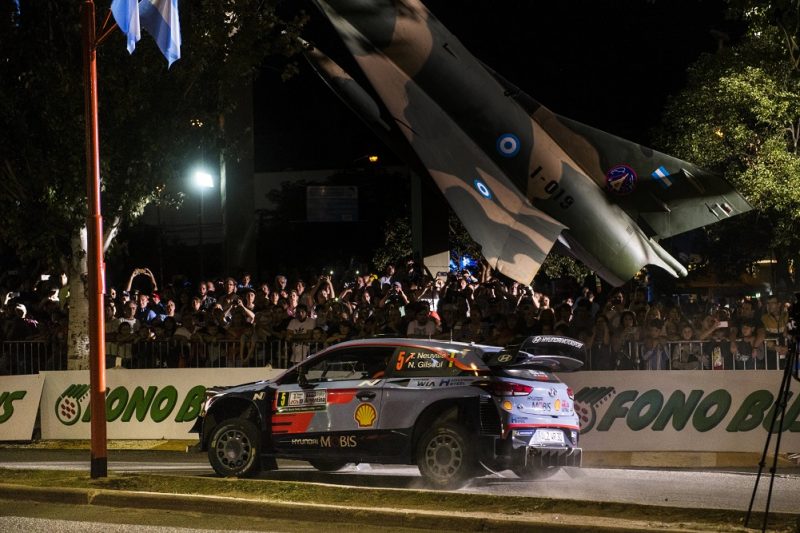 Thierry Neuville stopped the clocks with the best time in Stage 1 of Rally Argentina in Villa Carlos Paz.

Sebastien Ogier was last car out by virtue of being championship leader and set a time good enough for third-fastest in the #1 M-Sport Ford.

Andreas Mikkelsen (Hyundai) had held top spot prior to that trio’s efforts despite a messy run through the stage’s two roundabouts and ended up fourth.

Craig Breen was actually 10th-fastest through SS1 but was hit with a 10-second penalty for a late check-out from parc ferme which dropped the Citroen driver to 24th overall.