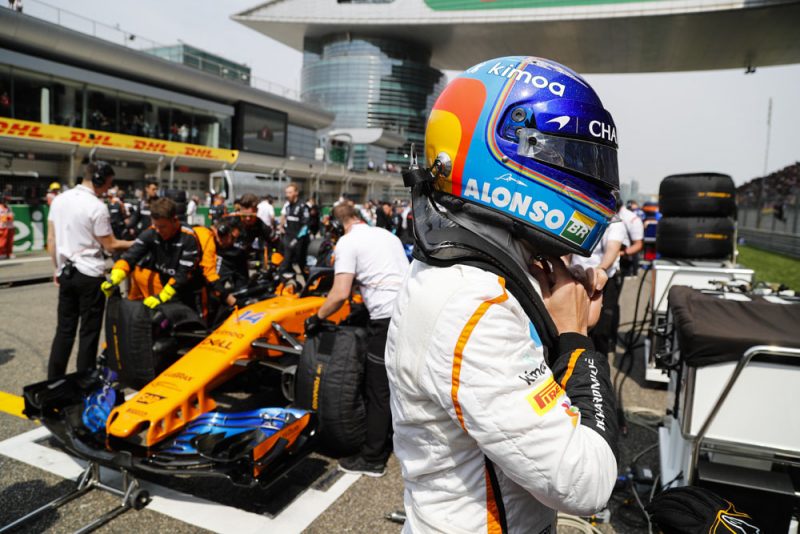 Fernando Alonso is conserving his energy as his racing calendar begins to accelerate with outings in Formula 1 and the World Endurance Championship in coming weeks.

The Spaniard is set to compete in both series full time in 2018, having signed a deal with Toyota for the WEC 2018/19 Super Season.

That comes on top of his commitments to McLaren in Formula 1, which is set to race in Baku for the Azerbaijan Grand Prix this weekend.

Next weekend Alonso will head to Spa-Francorchamps for the opening race of the WEC season, before returning to McLaren the following week for the Spanish Grand Prix.

It’s a schedule that, over the next 11 weeks, will see the 36-year-old in action nine times.

“I’m in energy-saving mode every day!” he responded when asked how he would manage his energy loads over the coming weeks.

“I planned to go to the gym and have a little bit of exercise this morning. I woke up, I was not feeling 100 percent – I was 90 percent – so today I did nothing, I stayed a little bit more in bed.

Alonso last year competed in the Indianapolis 500, his first foray into American racing and the second part of his attempt to win motorsport’s unofficial ‘triple crown’.

The triple crown consists of victory in the Monaco Grand Prix, Indianapolis 500, and 24 Hours of Le Mans, a feat only achieved by Graham Hill.

Set to skip Indianapolis this year, Alonso will instead attempt to win Le Mans win Toyota in June.