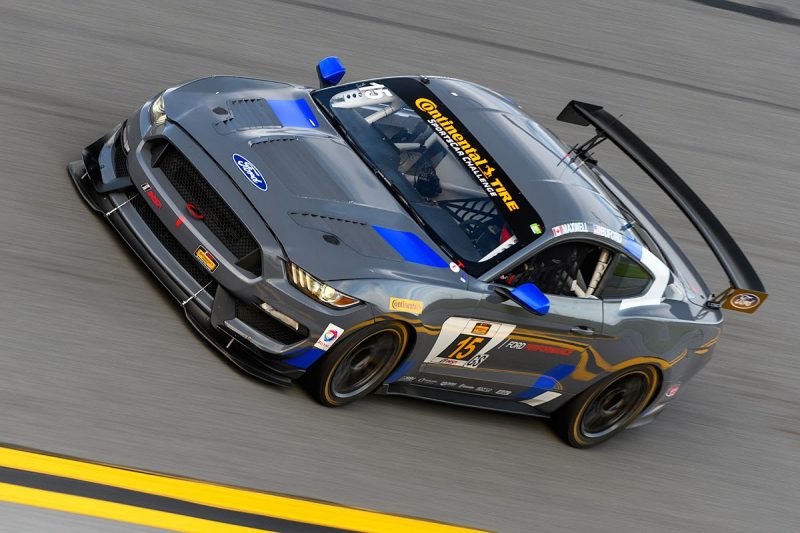 The Virgin Australia Supercars Championship will be Ford Performance’s sole Australian motorsport endeavour when it joins the grid next season.

Announced the week before the WD-40 Phillip Island 500, Ford confirmed it would officially rejoin the Supercars fraternity under the Ford Performance banner.

Ford Performance runs much of Ford’s motorsport program internationally, with its NASCAR, rally, World Endurance Championship and IMSA efforts all falling under its control.

Together with Tickford Racing and DJR Team Penske, Ford Performance will help develop and homologate the Ford Mustang Supercar for 2019, as part of Ford’s official return to the sport.

“The conversations that started back early part of last year, first in the borders of Australia and then as we engaged with our Ford Performance arm, have always been around what we’re here to talk about today (Mustang Supercar),” Ford Australia CEO Graeme Whickman said when Speedcafe.com asked if there were other plans for Ford Performance in Australia.

“So, getting that right is the priority, and it’s (Supercars Championship) the pre-eminent series.

“There’s not much more you can go past in terms of options, because it is the one to be in. That’s where you need to put your financial and also your human resources if you want to do well.

Ford re-entered the Australian Rally Championship after a long absence in 2005, and brought M-Sport developed Fiestas into the championship in 2013, though no longer has an official involvement in domestic rallying.

The American manufacturer is represented by privateers in Australian Production Car Series, where Nathan Morcom and Chaz Mostert have campaigned a Focus RS, and in the TA2 Muscle Car Series with the Mustang.

Like most large automotive brands, Ford also has a GT4 program, with the Mustang GT4 eligible for the Australian GT Championship.

Despite those other avenues for participation, Ford, and Ford Performance, will only officially be involved with its Supercars program.

“Our main focus, in fact our only focus, is on what we’ve just announced,” Whickman added.

“It’s like anything in life, if you dilute your energy, your attention, whether that be human attention or financial attention, then you run the risk of a poor outcome.

“I’m pretty excited about what we’ve announced in its own right and I think that’s going to be pretty powerful, but to have peripheral activity, I don’t think that’s worthwhile.

“We’re here to compete in the support of the teams to ensure we’ve got a competitive offering out there.”