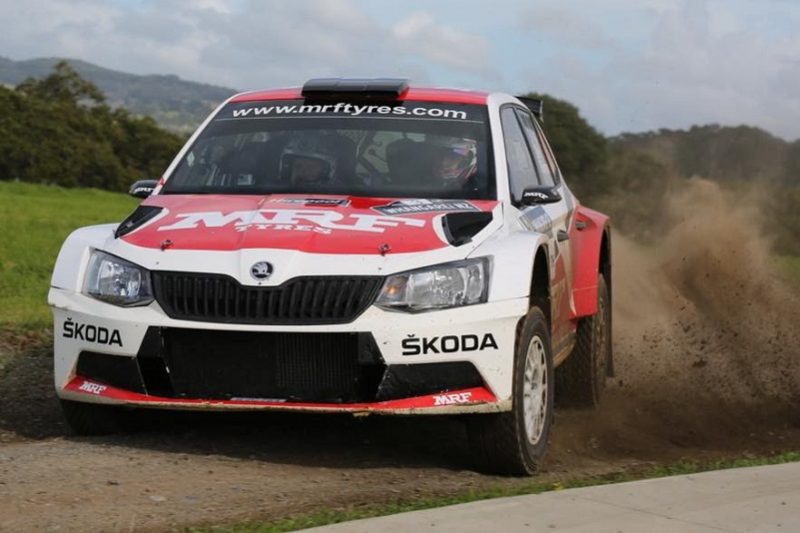 Eli Evans will drive a Fabia R5 at the Forest Rally

Evans Motorsport’s Mini Cooper AP4 has not made the trip across the Nullarbor due to upgrades made following the season-opening Eureka Rally in early-March.

“Preparation after our third place at Eureka Rally has been extensive,” said Evans.

“Although third place is a nice net of points, it’s not where myself and the team want to finish in the Mini Cooper AP4.

“We built the Mini to win so the car has been revised in a number of areas which looks really promising moving forward, but unfortunately we have fallen short on timeframe and the decision was made not to take the Mini Cooper AP4 across to the west for the Forest Rally.

“It’s definitely disappointing not to be driving the Mini Cooper AP4 over here, however, I’m also excited about the opportunity to compete in a world class FIA rally car.

“My aim is to win the championship this year and by being here at the Forest Rally we remain in the race.”

Adrian Coppin/Erin Kelly will also compete in a Race Torque Engineering Fabia R5 in the Forest Rally, having finished seventh in Round 1 in a Peugeot 208.

The Forest Rally, Round 2 of the CAMS ARC, begins tomorrow night with two stages in Busselton.