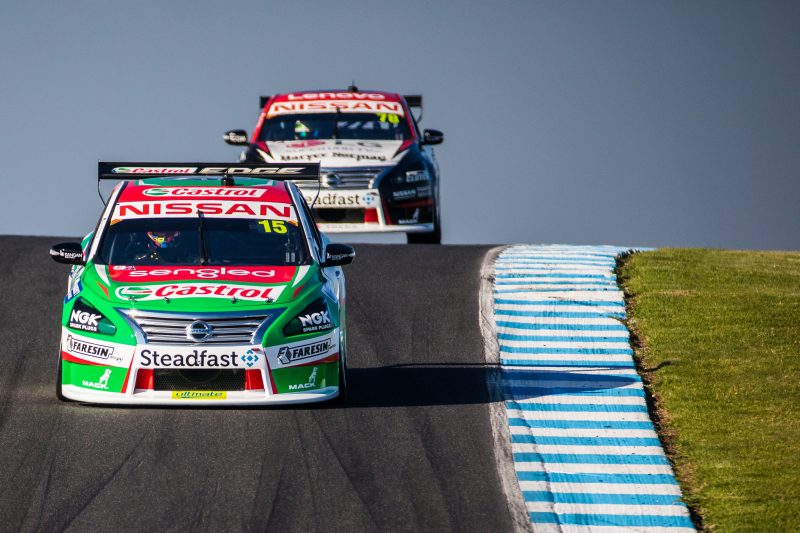 The Kelly brothers are still yet to receive a timeframe as to when Nissan will make a call on its ongoing participation in the Virgin Australia Supercars Championship.

Factory support is set to expire at the end of this season for the four-car Nissan Motorsport program which Todd and Rick Kelly run.

However, the Japanese manufacturer remains the only one of the current crop of brands without a stated commitment to the sport, with Ford last week having confirmed it will return with Ford Performance and the Mustang bodyshape for 2019.

Ford’s return has triggered a new wave of suggestions that Nissan could introduce a GT-R to the series, following the Mustang’s lead of bringing in a two-door coupe.

Both Supercars’ management and even its rivals are keen to see the brand remain in the sport, with Supercars CEO Sean Seamer confirming he’s doing everything he can to ensure Nissan is on the grid in 2019.

“Obviously we’re working with Nissan and Todd Kelly on what the future looks like with those guys,” Seamer said when asked by Speedcafe.com about Nissan’s commitment to the category.

“We don’t have an update at this point but I think if the question is, ‘Would we like to see Godzilla return?’, yes, absolutely. Do the Gen 2 guidelines allow for that? Yes, absolutely. But that’s ultimately a decision that Nissan will make over the coming weeks and months.” 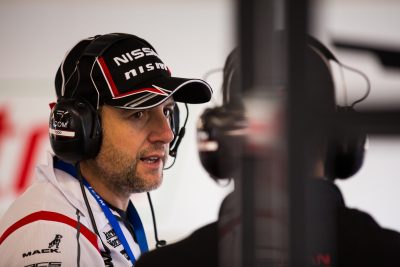 Todd Kelly, however, is unconvinced, suggesting that while the Nissan GT-R would technically fit the Supercars Gen2 platform, there are larger questions surrounding its suitability which are unanswered.

“Shape wise it could, but it’s a completely different car,” Kelly told Speedcafe.com when asked if the Mustang opened the door for the GT-R to enter the sport.

“The technology of that, from a marketing standpoint, is not comparable to a Mustang or anything in the class of a Mustang.

“It’s probably not the same kind of fit as what the Mustang is, but the body’s certainly similar.”

That’s not stopped Tickford Racing boss Rod Nash from suggesting its addition to the series would be a positive move.

Nash’s team is involved with DJR Team Penkse and Ford Performance in developing the new Mustang for homologation, and believes the presence of more brands in the series will improve both its spectacle and sustainability.

“I was always an advocate of that, blue versus red, but I’ve certainly moved on from that because that’s what our category is demonstrating now,” Nash reasoned.

“Step forward, it’ll be great for our sustainability as a business in the sport, but it’ll also help to just add that next other level of attractiveness to our fanbase and followers.

“We are in the entertainment business, it’s what we do, so the more you can be colourful and creative, I think the better, so that’s where that will come from.

“Along with, obviously, hopefully, another couple of manufacturers.

“Nissan’s got great body shapes and I’ll stop there without mentioning other categories or other brands but I think it’s good all-round.”

Over the WD-40 Phillip Island 500 Rick Kelly recorded two podium finishes; a second on Saturday after Jamie Whincup’s penalty, and third on Sunday.

It marked the first podium for the team since Michael Caruso’s victory at Hidden Valley in 2016, and the first time it’s had podiums in consecutive races since Winton in May 2015.

Despite the positive result, Rick Kelly wasn’t allowing himself to get too carried away.

“Results are important to every single person in the team and every single business partner we’ve got involved,” he said at Phillip Island on Sunday.

“We’ve had so many great messages from everyone and that just gives us more confidence to dig into the data and look at all the stuff we’ve got on hand and keep doing a good job.”

Officially, Nissan’s position remains unchanged, and it remains in discussions surrounding its future beyond 2018.

“Nissan is committed to Supercars with the Kelly Brothers until the end of 2018, and – as per our existing business operations – we will continue to work with NISMO global to formulate our plans beyond 2018,” a spokesman for Nissan told Speedcafe.com.

Todd Kelly was equally guarded when asked if he had a timeframe in which the decision would be made, responding with a concise “no”.

“There have been a number of ongoing discussions between Supercars teams and manufacturers, and we’re supporting those discussions,” Seamer responded when asked by Speedcafe.com if there were other manufacturers interested in the mix.

“I think this (Ford Mustang) project certainly puts a clear stake in the ground that we as a category, as a sport, are open for business.

“We’re flexible with the guidelines that we operate under, and the Mustang due to the cultural and broad fan support for what Graeme (Whickman, CEO of Ford Australia) and the teams are doing working with Ford Performance, is starting to heat up other conversations.”