Schwerkolt: Supercars Camaro would be ‘fantastic’

Schwerkolt: Supercars Camaro would be ‘fantastic’ 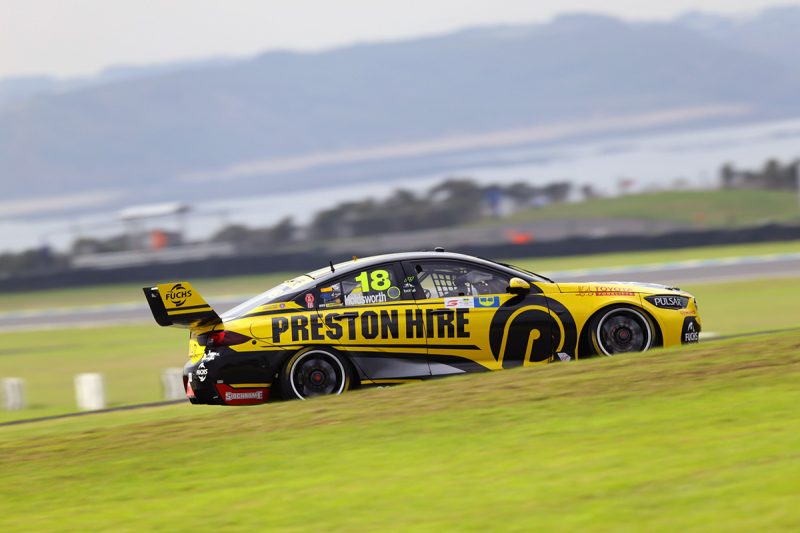 Preston Hire Racing team boss Charlie Schwerkolt says racing a Camaro in the Virgin Australia Supercars Championship would be ‘fantastic’, but for the moment he is focused on achieving improved results with the Holden ZB Commodore.

Having made the switch to the ZB Commodore along with the rest of the Holden-shod teams this season, Schwerkolt has taken a keen interest in the return of Ford and the Mustang for 2019.

His interest centres on what General Motors/Holden might respond with, and not switching loyalties.

“There’s been a bit of chat down the lane but I’m trying to concentrate on getting results at the moment,” he responded when asked about the prospect of a Camaro joining the grid.

“It’s great that the Mustang’s coming into the sport, I think it’s fantastic, a fantastic news item and also not having the V6 as well, that’s also a great story.

“Camaro getting into the sport would be absolutely fantastic, a really, really great thing for the sport, but whether that happens with GM at the moment, we’re racing the Commodore and we’ve got to get on top of that before even looking at a Camaro.

“I’m very much looking at results with our ZB Commodore at the moment.”

Schwerkolt believes his single car operations faces a tougher task coming to grips with the Holden ZB Commodore than some of his rivals, as his squad has no basis of comparison.

Lee Holdsworth is yet to break into the top 10 this season, while a troublesome weekend at the WD-40 Phillip Island 500 saw him record a best finish of just 22nd.

At Phillip Island the team was one of those which struggled with front splitter failures, which hampered their Friday and saw Holdsworth 11 laps down on Sunday.

“Being a single car team it’s very difficult for us as we’re not sharing data with anyone and it takes a little bit longer to get on top of things,” Schwerkolt told Speedcafe.com.

“We’re a little bit of a different beast than some of the other teams, and we just haven’t come to grips exactly yet with where we’re going.

“We just keep two steps forward and another step back before we get on top of things,” he added.

“We’ll get there, we’ve got to get there, there’s no option. We didn’t even get these front bar issues before, but we’ll get on top of them for sure.”

In this week’s PIRTEK Poll, Speedcafe.com asks you if should Holden bring in the bring the Camaro into Supercars?