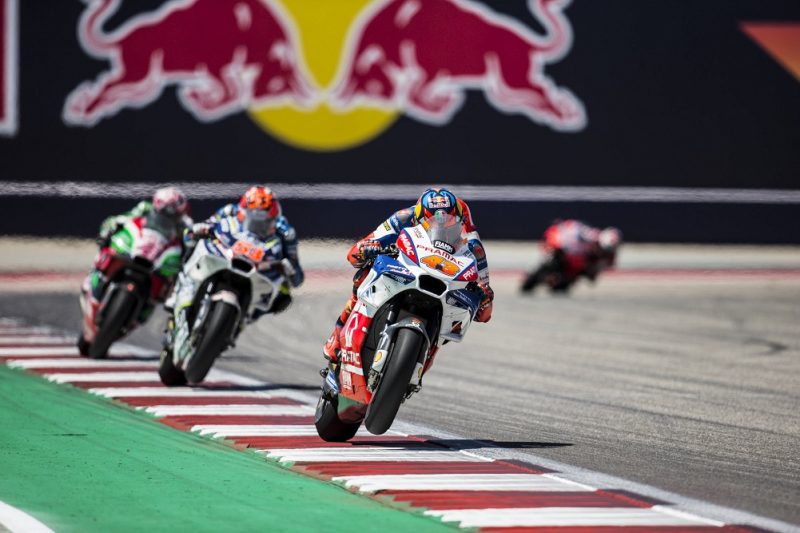 Jack Miller has revealed that he rode the Grand Prix of The Americas with a cracked collarbone and torn rotator cuff.

Miller finished ninth in Round 3 of the MotoGP World Championship having started 18th on the grid.

Writing in his Red Bull column, he explained that he injured himself while mountain biking between Round 2 in Argentina and the most recent race in the United States.

“I expected more coming into the weekend, but we struggled with the bike set-up from the get-go, and I was struggling with a shoulder injury that I carried into the weekend as well. Not ideal,” wrote Miller.

“I was out training in California after Argentina, and I fell off doing some mountain biking.

“The injuries are nothing that some rest time and recovery can’t handle, but I ended up with some muscle damage, some bruising and a little tear on my rotator cuff on my right shoulder. And a crack in my collarbone as well.

“I tell you, sometimes the time between the races can be more dangerous than the race weekends themselves…”

The 23-year-old had put in his worst qualifying performance of the year to date, finishing eighth-fastest in Qualifying 1.

Miller had previously qualified 10th for the Qatar MotoGP and taken a brave pole in Argentina.

He said that he was relieved that a crash prior to qualifying had not exacerbated his injuries, but had led to his struggle to set a competitive lap time.

“I had a crash in final practice just before qualifying and had to use my second bike for Q1, so that was partly the reason I struggled and only started from 18th.

“Saying that, 18th and not hurting myself again after the injury I came in with actually wasn’t a bad result – there’s no small crashes here because of the nature of the track, as I found out the hard way a few years ago when I had to miss the race here.

“So, 18th sucked, but being upright and not too sore afterwards was a win of sorts.”

Miller, who summarised his ninth position finish as “a pretty positive end to what wasn’t the most positive of weekends,” dropped two positions to eighth in the championship but is only one point further off the pace, 20 points down on new leader Andrea Dovizioso.

Round 4 is the Spanish MotoGP at Jerez on May 4-6.