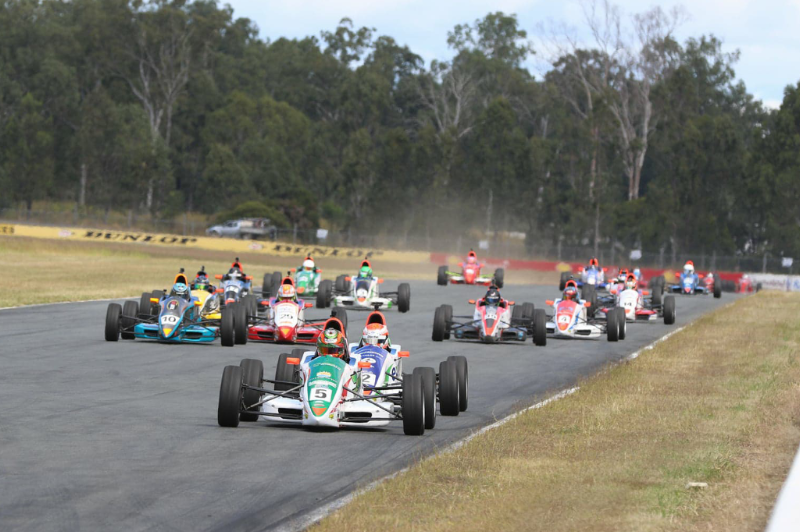 Hamish Ribarits has dominated Round 2 of the Australian Formula Ford Championship at Queensland Raceway.

The Victorian driver claimed pole and two of the three race wins on offer on course to taking home his maiden round win in varying conditions at the Ipswich circuit.

“Formula Ford is where the best drivers are at, that’s where you get pushed the most as a driver,” said Ribarits.

“My goal is still to get a top three finish in the championship. Coming into this year, I thought it was a realistic goal, and so far the hard work seems to be paying off.”

McElrea finished second for the round after taking out the Race 2 win, ahead of Ribarits and Nathan Herne.

Cameron Shields worked his way to second in Race 1, with McElrea completing the podium.

In Race 3, Zac Soutar trailed Ribarits to the line ahead of Liam McLellan, while an incident at Turn 1 took Herne out of contention.

The result yielded Soutar third for the round, with the privateer driver now sitting fourth in the championship, two points adrift of McLellan.

New Zealand Formula Ford champion Callum Hedge finished inside the top 10 on his first appearance in the Australian series.

Round 3 of the Australian Formula Ford Championship takes place at Wakefield Park on May 25-27.