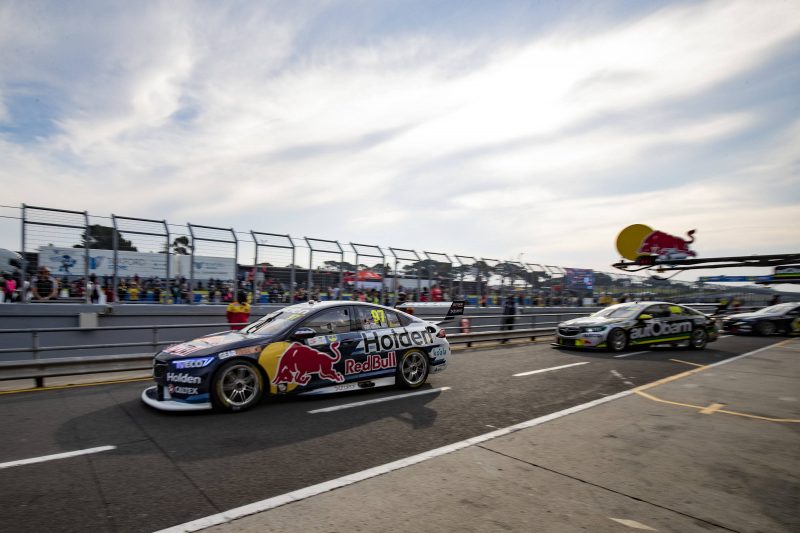 Red Bull Holden Racing Team has admitted it went in the wrong direction in pursuit of increased speed for Race 10 of the Virgin Australia Supercars Championship.

Having led much of Saturday’s race at the WD-40 Phillip Island 500, Jamie Whincup was capable of only ninth in Sunday’s 57-lap encounter.

Team-mate Shane van Gisbergen could do no better than ninth in qualifying before racing to sixth, the highest of the three Triple Eight entries.

“The car was on edge in qualifying, really hard to drive, and when it’s on a knife-edge that’s when things go wrong and I just went a bit wide at Turn 4,” said Whincup.

“Between myself and the engineers we just didn’t get it right this weekend, in particular today.

“We’re not sure why at the moment, but that’s what all the data’s for and we’ll go over that next week to try and work out what went wrong.

“We missed the mark by a fair bit, but we’ll move on and try and be stronger next time.”

It was a similar case across the other side of the garage.

“We made some changes overnight, knowing that we didn’t quite have the speed to the other teams and I think we made a little bit of a backwards step,” said van Gisbergen.

“In the race my car didn’t start out very good at all, but it just got better and better as the race went on.

“It still wasn’t quite perfect, but I think we played the strategy pretty good by running the second set of tyres longer and we came home with new tyres and made some passes.”

Team boss Roland Dane was equally critical in his appraisal of the weekend.

“Certainly not the results that we wanted,” he told Speedcafe.com.

“We were strong yesterday with Jamie and then for unrelated reasons we didn’t get the result we should have done with him.

“Shane was still on the podium with a steering problem, so we were there or thereabouts yesterday.

“Today we managed to engineer ourselves backwards, somewhat, and I think we haven’t done a very good job today at all. But we had some good tyre life, particularly with Shane, he was very strong.

“I don’t know what happened to Jamie yet but Shane and Craig (Lowndes) who went a lot longer on the last stint, good tyre life. But neither of them started high enough.

“They should have been further up the grid, so qualifying is where we under-performed.

“We probably tried to be too aggressive in qualifying and actually took a step backwards rather than a step forwards.”