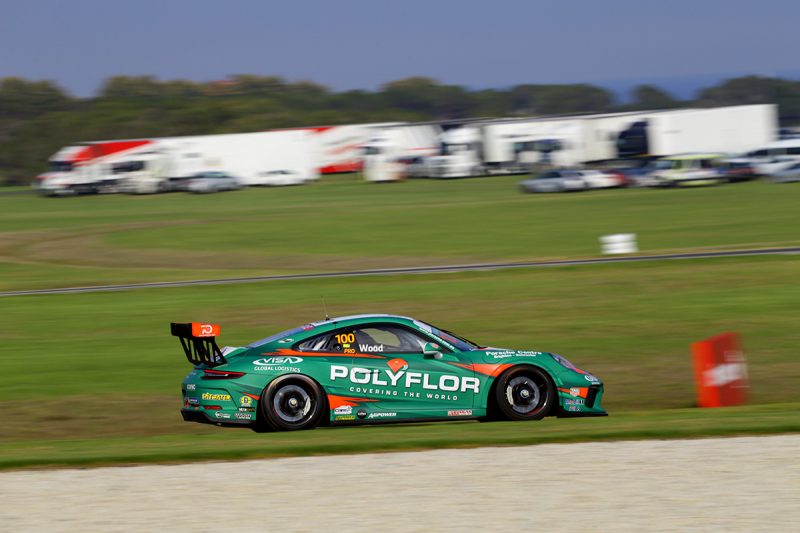 Dale Wood has held off Alex Davison to take victory in the final Porsche Wilson Security Carrera Cup Australia race of the weekend at Phillip Island.

Davison kept within touching distance of Wood throughout the 25-lap enduro, though could not find a way by to fall 0.4s short at the flag.

Dylan O’Keeffe enjoyed a quiet race in third, from Jaxon Evans and James Moffat who slipped by Michael Almond in the closing stages to grab fifth.

The Safety Car was called on Lap 4 after an incident involving Tim Miles, Sam Shahin and Roger Lago at Honda, forcing the former two out of the race.

On the second restart a battle developed between Sonic team-mates Almond and Jordan Love for fifth.

A lock up at MG saw Love drop two positions to Moffat and David Wall, demoting him to eighth.

Davison challenged Wood for the win in the final laps, however it was the latter who prevailed and claimed the round win.

Defending champion Wall ended up seventh ahead of Josh Hunt, Peter Major and Nick McBride who struggled after losing his splitter early on.

Stephen Grove won the race in the Pro-Am class, benefitting from Max Twigg who spun out of the lead at Lukey Heights on Lap 11.