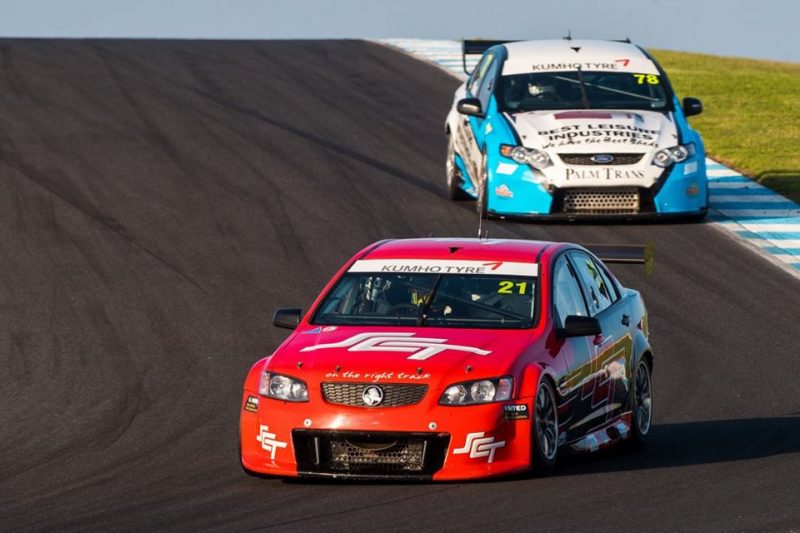 Jack Smith has taken out the opening round of the Kumho Tyre Australian V8 Touring Car Series at Phillip Island despite being stripped of his win in Race 2.

Smith crossed the line first in each of the weekend’s three races, but was hit with a 20-second penalty after Sunday morning’s encounter for excessive burnouts on the grid.

The 15.0s win turned into a sixth position for the #21 Brad Jones Racing VEII Commodore, and meant that Zak Best’s recovery from a bad start was actually for a victory in his first weekend in the series.

It also put Best’s #78 MW Motorsport FG Falcon first in the grid for the final race of the weekend and the 16-year-old led the opening laps.

Harris briefly dropped to fourth, but had re-passed Tyler Everingham by the time the Formula 4 graduate spun the #27 MW Motorsport FG Falcon.

Smtih will take a one-point lead over Best to Round 2 at the Winton SuperSprint on May 18-20. 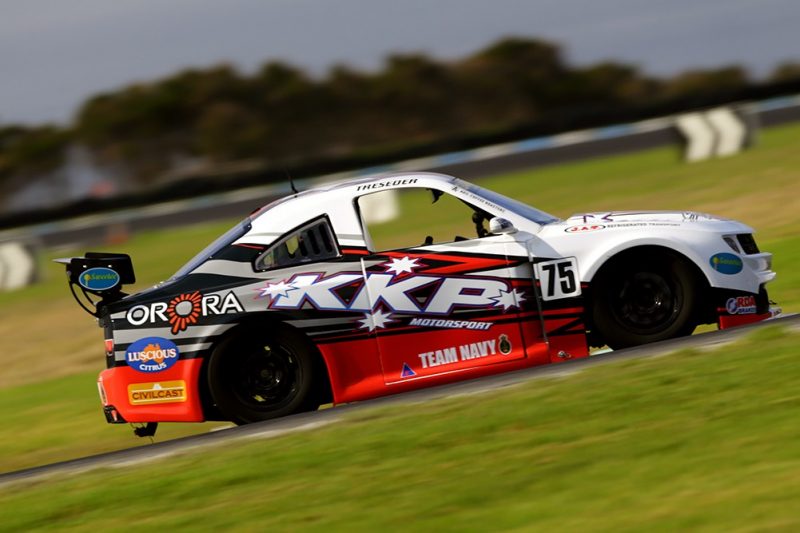 Kel Treseder (KKP Motorsport) has continued his hot streak with a comfortable win which gave him a sweep of all three Aussie Racing Cars races.

Starting from first position by virtue of his wins in Races 1 and 2, Treseder pulled a gap through the first corner and led comfortably for the duration of the eight-lap encounter.

Kyle Ensbey by Joel Heinrich on Lap 5 and while he broke the lap record on the penultimate tour, the Queenslander could not get close enough to attempt a pass on Treseder.

Heinrich retained third despite a five-second time penalty, while Justin Ruggier drove from 12th on the grid after a Race 2 engine failure to take fourth.

Joshua Anderson beat Reece Chapman to fifth position after an entertaining stoush between the youngsters.

Treseder has extended his series lead over Heinrich and Ensbey ahead of Round 3 at the Winton SuperSprint on May 18-20. 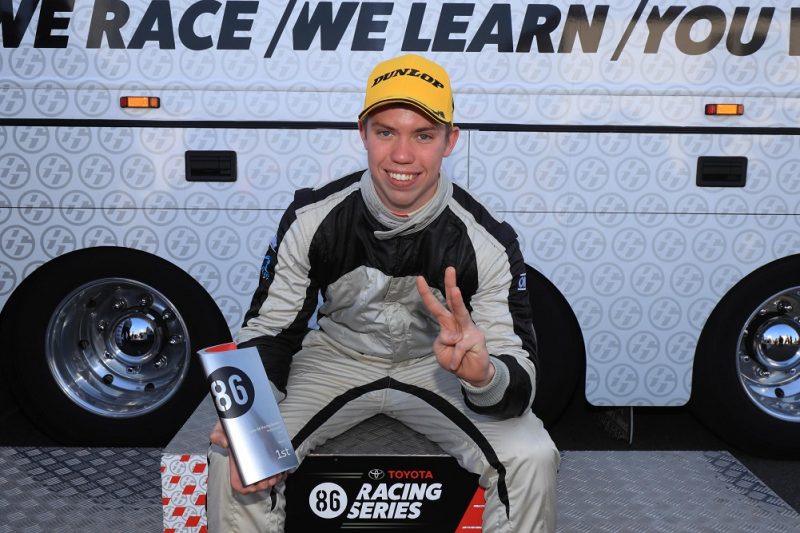 Liam McAdam swept both of the day’s races in the Toyota 86 Racing Series.

After duelling with Jaylyn Robotham for much of Race 2, McAdam went on to beat Tim Brook at the chequered flag while Luke King moved his way up to third in the closing stages.

In Race 3, McAdam built an early lead as King shuffled into second during the opening laps.

Adam Gowans seized third from Brook on Lap 4 and the top positions went unchanged for the rest of the race.

Brook managed to hold onto fourth ahead of Cam Walton, with invited drivers Chris Pither and Leanne Tander crossing the line eighth and 22nd respectively.

The Toyota 86 Racing Series heads to Townsville next on July 6-8 to support the Watpac Townsville 400.