McLaughlin dominates qualifying at the Island

McLaughlin dominates qualifying at the Island 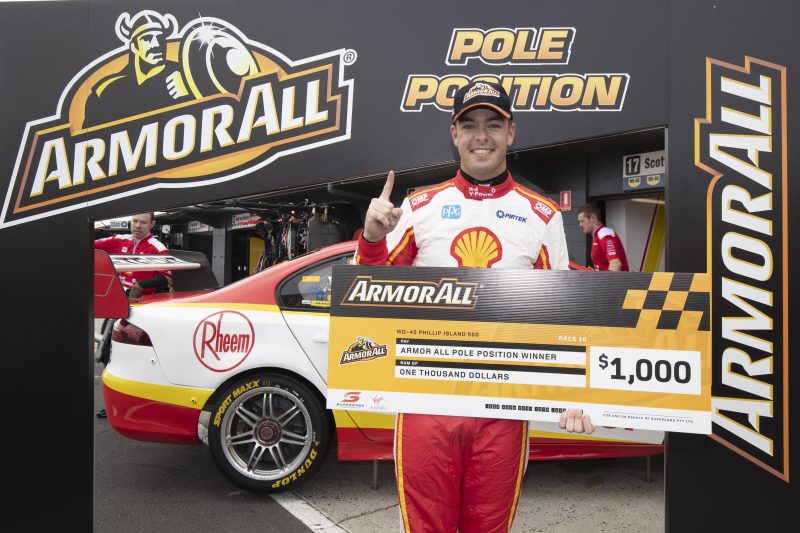 Scott McLaughlin has dominated qualifying to record his second Armor All Pole Position of the WD-40 Phillip Island 500 weekend.

A late 1:29.8526s lap late in the session cemented his position at the head of affairs, the DJR Team Penske driver 0.4s faster than anyone else could manage to confirm himself on pole position for Race 10.

“Previous to that I had a great car as well. That lap was okay, Turn 1, I wish we could have gone a little bit better there – I’m always chasing more.”

Jamie Whincup did look on a better lap before a mistake saw the Red Bull driver abort that effort, locking him into fifth.

Nissan had both Rick Kelly and Michael Caruso inside the top ten – Kelly fourth and Caruso sixth.

McLaughlin moved to the head of the timesheets around half way through the 20-minute session.

Nissan’s Saturday pace was backed up by Caruso, who shot to second fastest with a 1:30.4973s, though that was soon beaten by Whincup’s second run.

Kelly reinforced the Nissan potential by banking a time faster than Whincup, his 1:30.3988s second fastest at the time.

David Reynolds and Fabian Coulthard then improved on Kelly’s effort to relegate the Race 9 second place finisher to fourth.

At the other end of the field, splitter issues for Nick Percat saw his BJR Commodore languish in 26th place, the team plastering the car with tape in an effort to reinforce the front end.

McLaughlin has now claimed six consecutive pole positions at Phillip Island, having taken a clean sweep in qualifying for the last three years.

Race 10 of the Virgin Australia Supercars Championship begins at 1350 AEST.