Kyle Busch wins third race in a row in Richmond

Kyle Busch wins third race in a row in Richmond 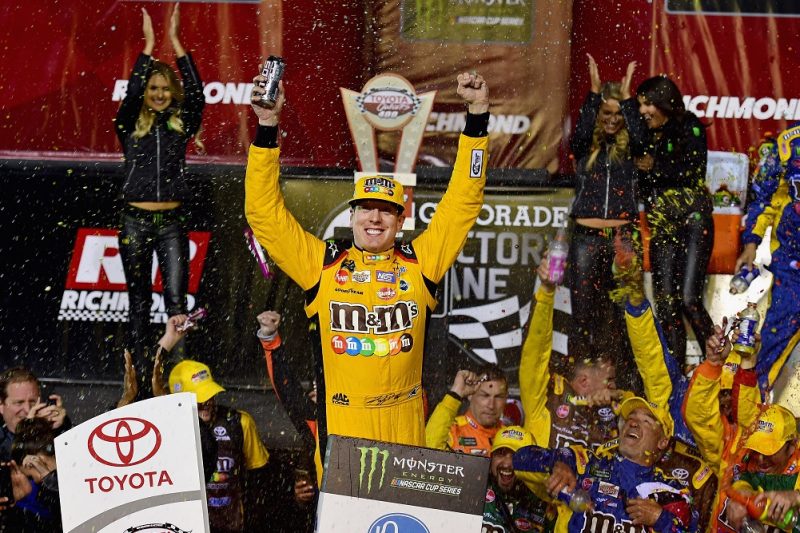 Kyle Busch has taken his third straight win in the Monster Energy NASCAR Cup Series with victory at Richmond Raceway.

The #18 Joe Gibbs Racing Toyota driver came from 32nd on the starting grid and only led for the first time on Lap 371 of the scheduled 400, before winning by 0.511s in an overtime finish.

Kyle Busch gambled and lost trying to save tyres during qualifying, not advancing past the first round, but had climbed a dozen position into the top 20 in the first dozen laps.

He moved into the top 10 on Lap 35 and ultimately finished the first 100-lap stage in sixth position.

Car #18 ran as high as second during Stage 2 before also finishing that segment of the race in sixth.

The series leader was third out of pit lane and passed Kevin Harvick (#4 Stewart-Haas Racing Ford) just after the restart.

He navigated two more Cautions, the latter of which made for an overtime finish after 402 laps, to take a third win of the season.

Elliott slipped by Hamlin after the final Caution, brought about when Stenhouse Jnr found the wall, to finish runner-up.

The series continues with Round 10, the GEICO 500 at Talladega Superspeedway, on April 27-29 (local time).