Dane: No animosity between Lowndes and SVG

Dane: No animosity between Lowndes and SVG 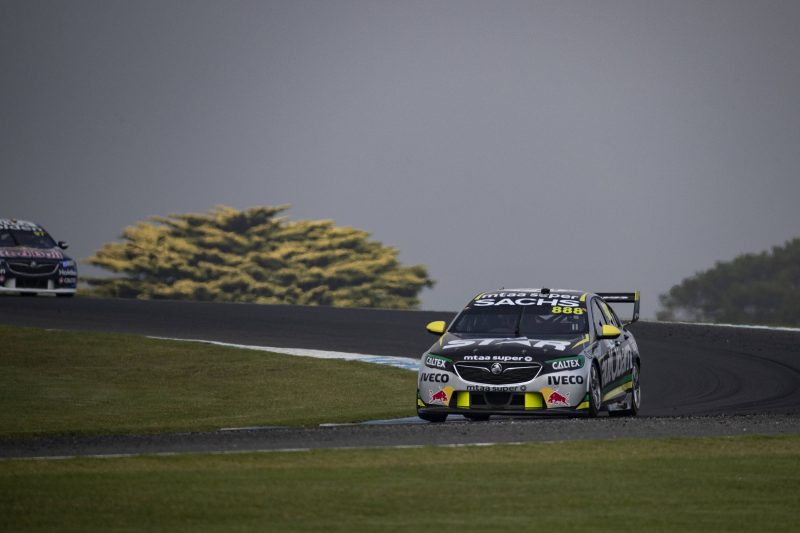 Roland Dane has dismissed the notion that there’s any animosity between Craig Lowndes and Shane van Gisbergen after two separate incidents over the WD-40 Phillip Island 500.

Struggling with a power steering problem in his car, van Gisbergen allowed Lowndes through in the closing stages of Saturday’s race, only to have the place handed back on the final lap.

It was followed by the pair making light contact in the closing stages on Sunday, resulting in Lowndes leaving the road at the final corner.

Van Gisbergen immediately redressed the issue, though it cost the pair any chance of passing Michael Caruso for fifth.

“You might like there to be, but I can tell you there isn’t,” Dane told Speedcafe.com when asked if there was any animosity between his two drivers.

“What happened just now in today’s race, Craig was sliding more than expected and he hit him (but) he certainly didn’t mean to.

“He then made sure that he allowed Craig back in front of him. That’s a nothing thing to me.

“Yesterday Craig knew perfectly well the rules of engagement, that Shane had said ‘I’ll let you though, no problem; I won’t fight, if you can have a go at the Nissan’.

“When it was clear that Craig wasn’t actually going to get past it then he redressed.

“Craig knew perfectly well what the reason was, so he’s got no right to be annoyed about that.”

Van Gisbergen ultimately found a way by Lowndes to finish sixth in Race 10, one place ahead of his stablemate.