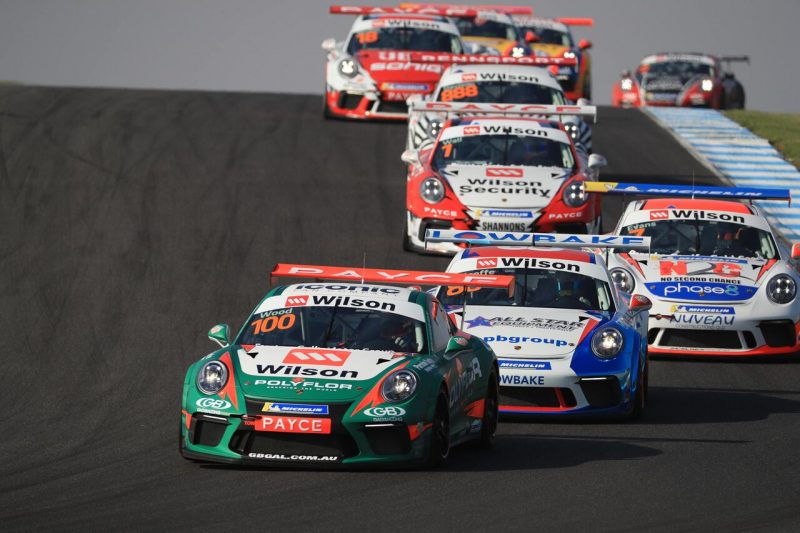 Wood led all 25 laps, holding off Dylan O’Keeffe for much of the race to win by 0.8s.

A pass on O’Keeffe on the final lap secured Alex Davison second from Jaxon Evans in fourth, while David Wall rounded out the top five.

Jordan Love moved into sixth after team mate Michael Almond made a mistake at Honda and ran wide, with the latter ending up seventh.

Nick McBride was the next best in eighth, crossing the line ahead of Peter Major in ninth.

Max Twigg was tenth, and the leading Pro-Am class finisher.

The early part of the race saw a charge from Davison, who quickly moved into fourth on Lap 10 after picking off Wall at MG.

O’Keeffe’s only challenge on Wood came about on Lap 14 as he tried a move around the outside of Turn 1 before another attempt on the exit of Siberia corner; but his efforts proved fruitless before dropping back to third on the final lap.

Davison emulated his previous move on Evans for third on Lap 17, before latching onto the back of leaders and diving up the inside of O’Keeffe, again at MG.

James Moffat encountered a wild moment when he spun off the road and onto the grass on the run down to Honda, eventually recovering to 13th.

Cameron Hill suffered front splitter damage on his car after a trip through the gravel at Lukey Heights in the opening laps forced him into the pits, the Canberra driver finished last following a stopping for repairs.

Carrera Cup will return to the circuit for its second race of the weekend on Sunday at 1220 AEST.