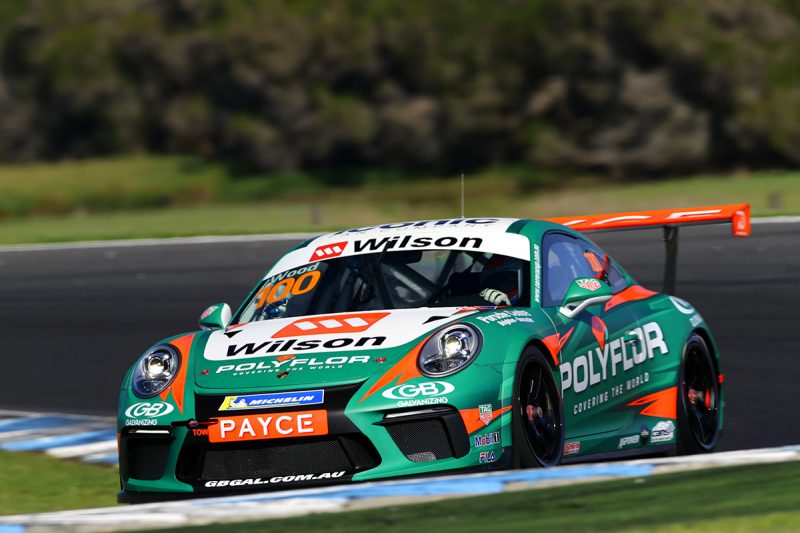 Dale Wood has netted pole position for the first race of the weekend in Porsche Wilson Security Carrera Cup Australia at the WD-40 Phillip Island 500.

A late flyer from Wood saw him jump to the top of the Qualifying times with a 1:30.6460s, beating Dylan O’Keeffe’s early benchmark by 0.28s.

O’Keeffe retained second after setting the pace for much of the session, while Jaxon Evans will start from third.

Reigning champion David Wall and James Moffat rounded out the top five, despite a spin for the latter in the closing stages of the 20-minute hit-out at MG.

Alex Davison headed Nick McBride in sixth and seventh respectively, while Jordan Love made a late improvement to finish eighth fastest after dropping off the road and damaging his splitter at the Southern Loop during the first half of the session.

The top 10 was completed by Cameron Hill and Michael Almond, with Anthony Gilbertson the quickest in the Pro-Am class after pipping Roger Lago on his his final lap.

After a heavy crash at Lukey Heights on Friday, Dean Cook returned to the circuit for Qualifying to finish up 22nd following an overnight repair job.

Carrera Cup Australia returns to the circuit for the first of its two 25-lap races this weekend, which form the start of its Endurance Cup, at 1415 local time.