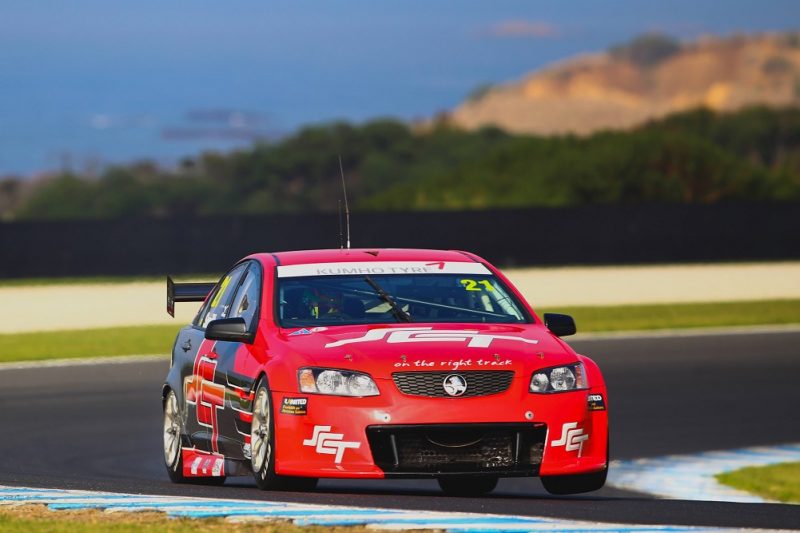 Jack Smith has streaked to a 7.71s win in the first race of this year’s Kumho Tyre Australian V8 Touring Car Series at Phillip Island.

The Brad Jones Racing driver started from pole in the #21 VEII Commodore despite missing Friday practice and was already 3.88s clear after the standing lap as a battle broke out for second position.

Tyler Everingham had nudged his way past Geoff Emery at MG and Jon McCorkindale followed him through on exit to relegate the ex-Triple Eight Brock tribute VEII Commodore to fourth.

Zak Best recovered from a poor start which saw the #78 MW Motorsport FG Falcon drop from third to ninth to make up all but one of those positions by the chequered flag.

Emery finished ninth after being turned around on Lap 4 when Michael Anderson (#11 Kenwood Homes FG Falcon) arrived at the Turn 4 Hairpin with rears locked and slid into Car #888. 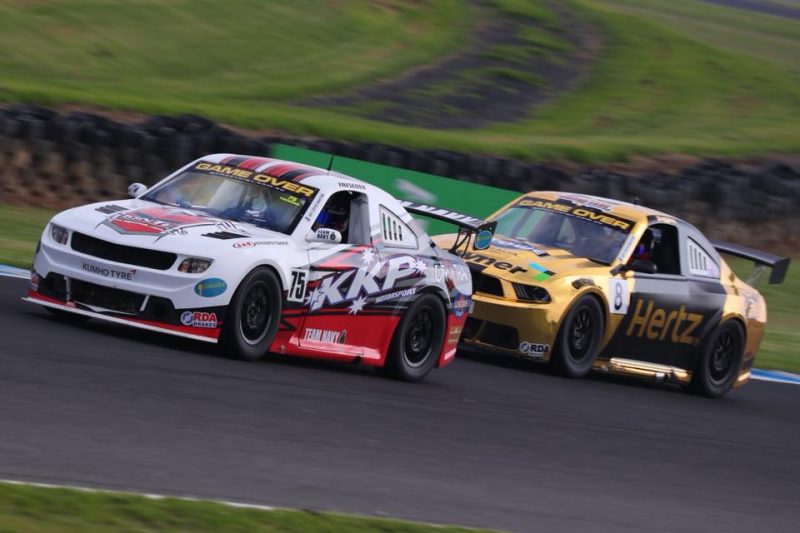 Kel Treseder (KKP Motorsport) has won both races to start Round 2 of Aussie Racing Cars.

He, Justin Ruggier, and Joel Heinrich were involved in a three-way contest for the lead for much of Race 1.

Ruggier briefly let Heinrich pick up the chase before firing back down the inside at Doohan Corner on Lap 5, in response to Treseder’s increased margin.

All three broke the previous lap record, Ruggier by the most, but it was Treseder who remained in front ahead of Ruggier and Heinrich when the chequered flag flew after Lap 8.

Race 2 saw the top 10 reversed but Treseder marched back into first position on Lap 2.

He quickly pulled away as attention shifted to the battle for second between Heinrich, Kyle Ensbey, and Josh Anderson.

The former two switched positions a number of times, with Heinrich ultimately pipping Ensbey to a runner-up finish by 0.0819s.

Ruggier had risen to fifth before blowing an engine on Lap 3.

The final race starts tomorrow at 1120, with Treseder first on the grid again.

Liam McAdam has drawn first blood in the opening race of the 2018 Toyota 86 Racing Series season.

McAdam led from start to finish after making a clean get away from pole position to head home Jaylyn Robotham who charged up to second after starting sixth.

Tim Brook fended off pressure from Cam Walton in the closing stages to finish third and fourth respectively, while John Iafolla rounded out the top five.

Chris Pither was the first of the invited drivers across the line in 12th, with Leanne Tander 24th.

Race 2 for the Toyota 86 Racing Series begins on Sunday at 0930, before Race 3 later in the morning.