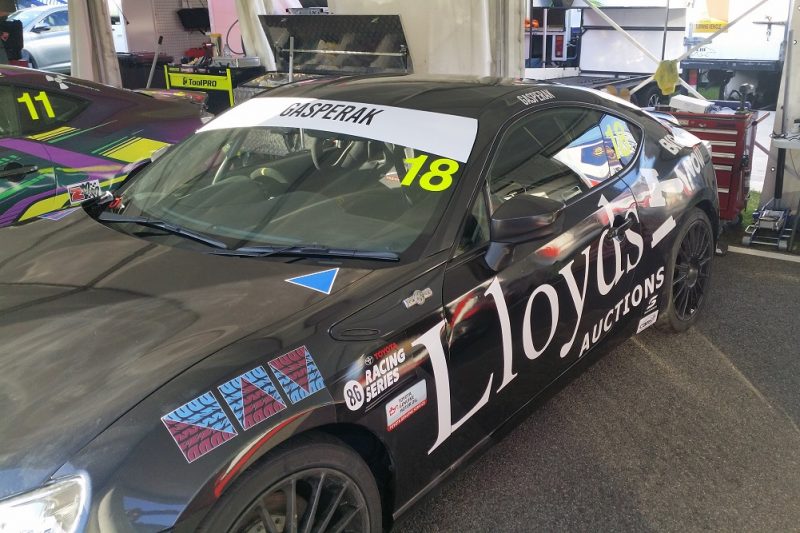 Teen racer Tomas Gasperak has added the Toyota 86 Racing Series to his SuperUtes campaign, starting this weekend at Phillip Island.

Gasperak, 15, is driving Charlie Schwerkolt’s ACDelco-backed Holden Colorado in the inaugural season of the ECB SuperUtes Series, which continues next month at Winton.

However, he will also take on all six rounds of T86RS, including the three which run on the same weekend as SuperUtes.

Schwerkolt says that the decision is about accelerating Gasperak’s learning curve, after the Queenslander made his circuit racing debut in late model NASCARs last year in the United States.

“We’ve just encouraged him to get some more miles so he’s got his own Toyota 86 and running that as the Lloyds Auctions-entered car,” Schwerkolt explained to Speedcafe.com.

“It’s the full season. There’ll be double duties at three rounds. It ain’t going to do him any harm, he needs miles.

“But he’s actually going well; we had a good test day up at Winton for him for sure,” he added, referring to the two-day SuperUtes test at Winton a week ago.

“He was right on it and only a few tenths off.”

Schwerkolt says that he has a longer term aim to help bring the talented former karter up through the local motorsport ranks, including into the Dunlop Super2 Series.

However, any progression is contingent on Gasperak first proving himself in SuperUtes.

“(It) Depends how he goes but that’s the plan because his dream, his goal in life is to race one of these (a Supercar).

“He’s going to be 16 in June so he’s got a long journey ahead before he gets anywhere near that.

“He’s got to win the SuperUtes Series next year and then go on to Super2 Series.

“He’s got a long, long way to go (but) he was a great go-kart driver and won many, many races and championships.

“It’s a long journey there, being that young, but at least he’s got time on his side.”

Gasperak will be part of a 39-car field, including invited drivers Leanne Tander and Chris Pither, when the Toyota 86 Racing Series takes to the track at the WD-40 Phillip Island 500 starting today.