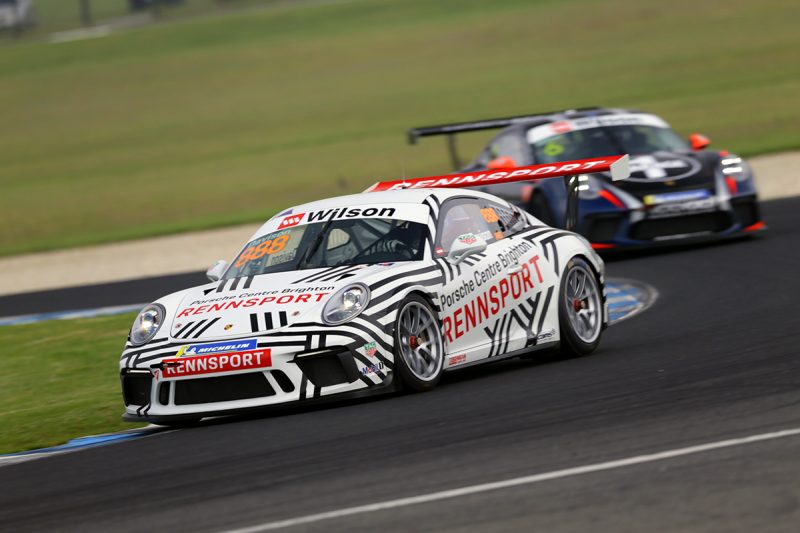 The opening session of the day proved the fastest of the two, Davison setting a 1:31.2627s lap in the 30-minute session. That time went unbeaten in the second session, which was called early following a heavy shunt for Dean Cook.

Cook left the circuit at the Hay Shed, skating across the road and making contact with the tyre wall on driver’s right on the approach to Lukey Heights.

It caused damage to the wall which left it in need of repair, delaying the start of Supercars’ second practice session.

Cook was uninjured in the impact, though is not expected to return for the balance of the weekend as his car sustained significant damage.

Wood was quickest in Practice 2, though his 1:31.6766s effort proved slower than the time managed by Davison in the morning.

Carrera Cup returns for a 20-minute qualifying session on Saturday morning, starting at 1135.