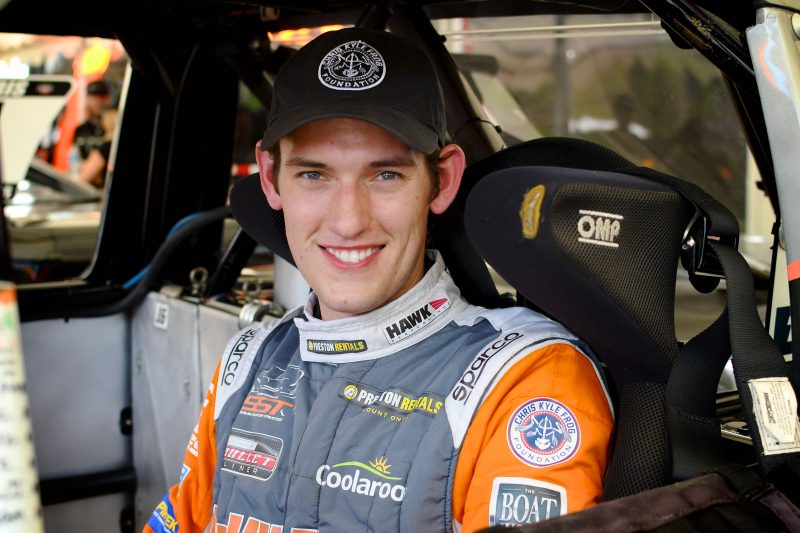 It saw the Australian extend his points advantage to 35-points ahead of the next round at Barbagallo.

As part of his extended role, Brabham will carry CKFF branding on his helmet and race suit in Stadium Super Truck Series in the US and Australia.

Brabham will also carry the CKFF branding for the Pirtek Enduro Cup in the Virgin Australia Supercars Championship when he drives the Preston Hire Racing Commodore with Lee Holdsworth.

“Chris Kyle was an incredible man that we learned so much about through the American Sniper book and movie, so to be a representative of one of his legacies is a real honour,” said Brabham.

“Taya (Kyle) is a remarkable human being who has done so much for so many and I look forward to do so much more with her and guests of the CKFF through the year.”

“We are delighted to see Matt progressing his racing career in Australia and the US and we could not think of more suitable ambassador for our organisation and we are delighted he accepted our invitation,” added Taya Kyle, CKFF Executive Director.

“Australia and the US have such a bond when you look at our military history so to have a US-born and Australian-raised young man like Matt flying the CKFF colours in both countries is so appropriate.”

The Chris Kyle Frog Foundation was the official partner of Pirtek Team Murray for the 100th Indianapolis 500 in 2016.

Pirtek Team Murray also hosted veterans and first responders and their families at Indianapolis during the month of May in 2016.

The third round of the series heads to Barbagallo in support of the Supercars championship at the Perth SuperSprint on May 4-8.