Jones reflects ahead of 250th round start

Jones reflects ahead of 250th round start 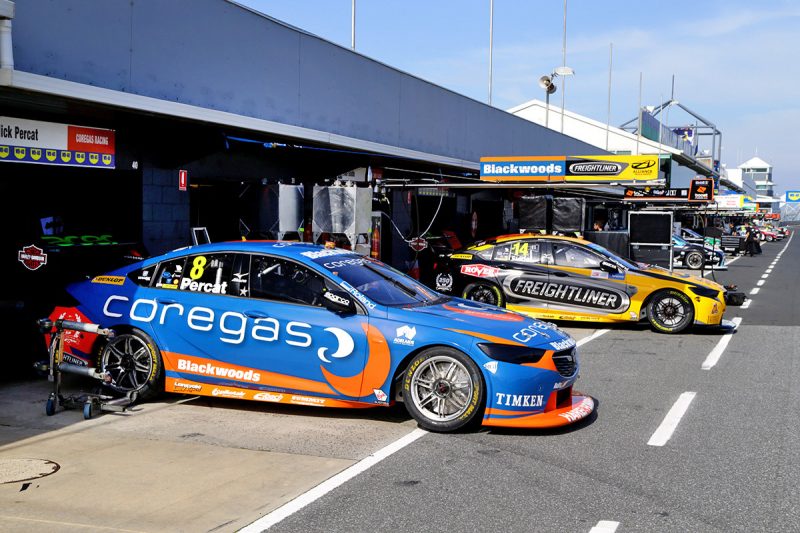 Brad Jones is proud that his team will make its 250th Virgin Australia Supercars Championship round appearance at this weekend’s WD-40 Phillip Island 500.

Having made its debut as a single car entry in 2000, Brad Jones Racing is set to become just the fourth to reach the milestone behind Garry Rogers Motorsport, DJR Team Penske, and Walkinshaw Andretti United.

“When you think about it, it’s 250 weekends, it’s not something that you ever sit down and think about as a target,” Brad Jones told Speedcafe.com.

“It it is a great milestone. If you look at the other people who have got to this milestone I think we’re in great company. So that’s certainly something that you look at and think ‘wow, that’s pretty exciting to be in that company’.

“You don’t think about how long you’ve been doing it or how long you’re going to do it, you just take each year as it comes and work as hard as you can and try and get the result,” added Jones.

“I didn’t realise it was 18 years, I had to look back and think about when we started to go ‘holy shit, it’s taken 18 years to get here’.”

“When we first started we had a panel van, an open trailer and a tool box,” said co-owner Kim Jones, who has been part of the team with his brother since its foundation.

“You don’t realise it, and you still don’t realise now when you work through the shop because we basically started with nothing and built it up over a period of time.”

The team has had an inconsistent start to the 2018 season, though Brad Jones hopes the similarities between Phillip Island and Albert Park net the team similar results.

Nick Percat recorded two podiums for the team, while together with Tim Slade the duo recorded seven top 10 finishes in eight starts over the Grand Prix weekend.

Last time out at Symmons Plains the team found itself in the backend of the top ten, but according to Brad Jones that’s not a true reflection of the pace of the car.

“I feel the cars are pretty competitive, I feel like we qualified out of position a little bit,” he claimed.

“Well see what happens this weekend. (Phillip Island is) a fast-flowing circuit and if you have a look at the Grand Prix our cars were speedy on that but here there’s a couple of quite slow corners as well.

“Phillip Island is predominantly hard on tyres,” he added.

“This tyre doesn’t love camber the way the ’17 tyre did, but it’s still a very nerve wracking time.

“I’m hoping that we all have a bit of common sense about us and end up with a really good race because this is an amazing race track but when you have tyres blow out that’s no fun for everyone.

“So I think we’re in a better position but we’ll just have to wait and see what happens with the weekend.”