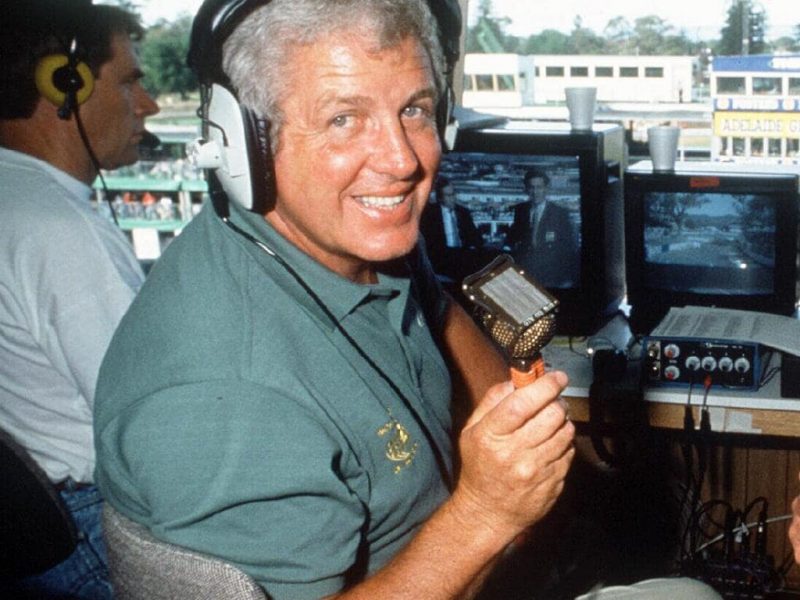 The 1980 Formula 1 world champion Alan Jones has paid tribute to his former Channel Nine co-host Darrell Eastlake who passed away in a Central Coast nursing home after a long battle with Alzheimer’s disease this morning.

Jones and Eastlake, who was 75, were part of the Wide World of Sports team in the 1990s hosting F1 telecasts. 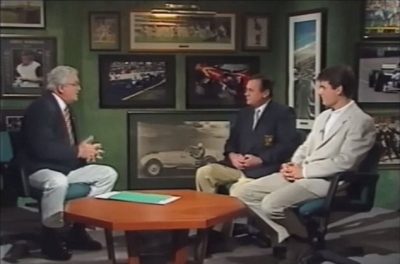 Eastlake began working on NBN Television in Newcastle before moving to Nine and 1982 and becoming a popular rugby league commentator with the network for more than a decade.

He also worked with the late Barry Sheene on Nine’s coverage of the 500c motorcycle world championship and played major roles in events such as the inaugural IndyCar World Series race on the Gold Coast.

Eastlake became famous for his booming voice and a catch-cry of “It’s huge” which has become a part of Australian sporting vernacular.

“The word ‘character’ is well overused in today’s society, but if you looked up the word in the dictionary I am sure you would see a picture of Darrell,” Jones told Speedcafe.com.

“He was gregarious and had a wonderful lust for life.

“He was fabulous to work with because he was so entertaining, knowledgeable, and had a real love for motorsports.”

Ironically, Eastlake dabbled in racing and drove sportscars as well as Leyland P76 which was built in Group C touring car specifications in 1973. 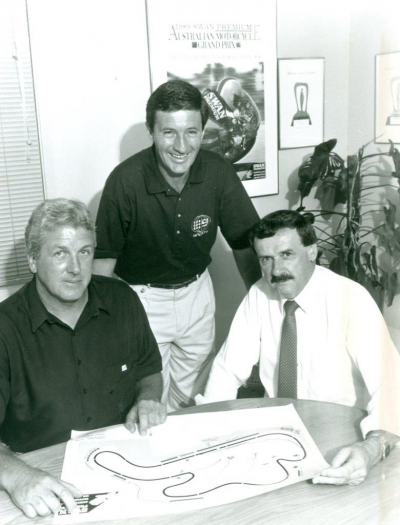 One of Eastlake’s most memorable motorsport calls came at the two-litre Super Touring event at Winton in 1994 when he gave a blow-by-blow account of the infamous crash between Tony Longhurst and Paul Morris.

“No, no, no he has hit him, it’s a big shunt, I’ll tell ya” Eastlake famously screamed.

“Longhurst, he’s not happy I’ll tell you. He has gotten out of the car. I can’t believe this.

“They are team-mates these two. Oh no. He’s put the biffo back into the bingle.”

In 1993 Eastlake had a heart attack at a surf lifesaving event and was revived on the beach before being rushed to hospital.

Jones recalled several tales about Eastlake including a social event where he almost ‘killed him’.

“Several years ago we drove down to Sydney and had a barbecue at his place,” said Jones.

“The steaks were so overcooked they were almost carcinogenic. The steak might have been the crookest I have ever had.

“Despite the fact I thought he was trying to kill me he was a great host.

“Any bloke who has a heart attack at a surf lifesaving carnival has some stories to tell.”

He passed away in a Central Coast nursing home at the age of 75.

VIDEO: Longhurst’s and Morris’ biffo as called by Eastlake