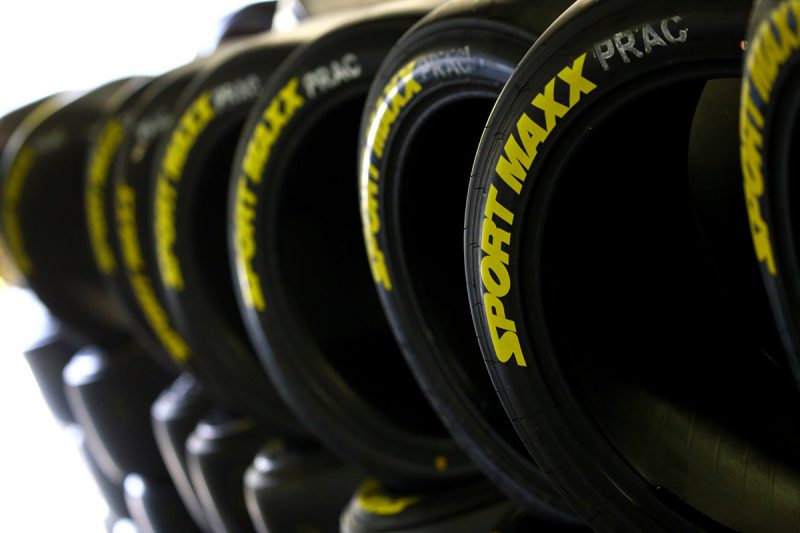 Dunlop heads to Phillip Island confident the change in tyre for 2018 will reduce the chance of a repeat of the failures seen during the 2017 WD-40 Phillip Island 500.

Last year’s event was marred by a number a tyre failures across all V8 categories, including the Kumho Tyre V8 Touring cars which supported the main game that weekend.

For this year, a return to the 2016-specification rubber has seen many of last year’s concerns ease, though Dunlop warns teams against going too aggressive on set-up.

“You’ve got to realise that in the 4.5km track you’re only driving in a straight line for 456 metres; the rest of the time you’re leaning on the tyres,” Dunlop Supercars Operations Manager Kevin Fitzsimons told Speedcafe.com.

“(Phillip Island is) regarded as the toughest track in the world on tyres. Extremely long, high loads, coming out of Lukey Heights around onto the front straight, everything has massive load going through the tyres and it just needs to be treated with respect.

“This tyre has got a bigger operating window than the ’17-spec tyre, so it’s not a revolution, it’s just an evolution of what we’ve seen,” Fitzsimons added.

“We’re sort of calling it ’16-spec but the thing is that spec’s been around for quite some time, and the shape of that tyre has been there since the Car of the Future platform was rolled out.

“That just improves the footprint on the road and gives the teams a bigger operating window whereas last year if you were in the groove the tyre was incredibly fast, but if you were a couple of clicks out the tyre was very fragile.”

According to Sam Potter, engineer on Richie Stanaway’s Tickford Falcon, there hasn’t been a tyre failure so far in 2018.

“There’s been a couple of punctures but in terms of delamination and actual tyre failures from abuse from the car, we haven’t yet seen that,” Potter told Speedcafe.com.

“Whether the teams have approached the year overall a bit more cautiously or maybe this tyre has better ability to withstand its performance window, I guess, is possibly better suited where we want to run the tyres, as engineers.

“Last year I think we were finding gains as engineers pushing the tyre further and further, to obviously its limit, and kept playing games, where this year’s tyre I think we’ve all sort of maximised, or come close to maximising the tyre, and are yet to experience a tyre failure.”

Even safe with that knowledge, Potter expects most will take a more circumspect approach, given the cost of a failure could be significant.

“We have an expectation of the car balance with the FGX,” Potter reasoned.

“We’ve got previous year’s data, and I think some of the tyre issues can be aggravated by not having a correctly balanced car.

“If you’ve got a bit of understeer you’ll hurt that front tyre, and if you’ve got oversteer obviously you’re going to hurt the rear tyre a bit more than you would if you had a better balanced car.

“I think you definitely go to Phillip Island a bit more conservative even though we haven’t seen any issues so far on this years tyre, I think it still will be present in the tyre,” he added.

“We experienced failures in previous years on this same construction tyre. For everyone up and down pit lane it will be in the back of their minds and they’ll be equally concerned.”