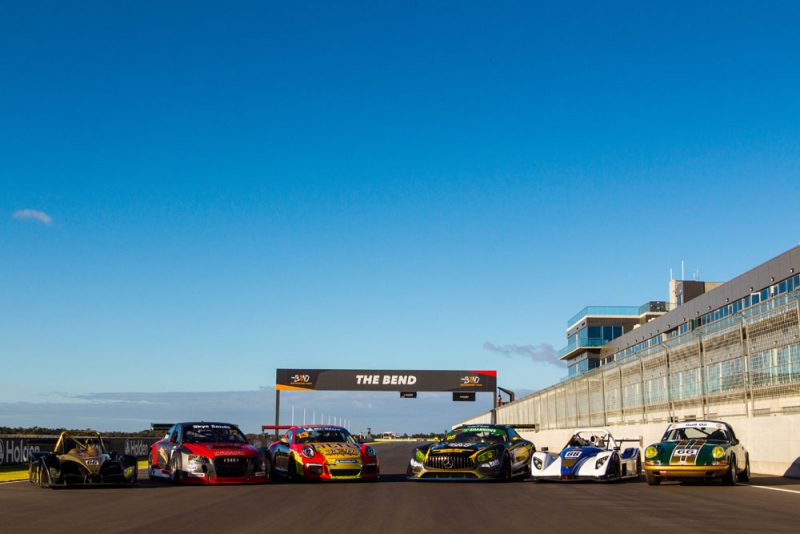 The Bend Motorsport Park owner Sam Shahin is in discussions to host an international endurance event at the all-new Tailem Bend facility.

Having hosted its first competitive race meeting last weekend with the Shannons Nationals, the circuit this weekend will host its first international event in the Asia Road Racing Championship for motorcycles.

Last weekend’s event was dominated by extreme wind, which saw Australian GT switch its race from the 7.77km GT configuration to the 4.95km International layout.

“This is almost unprecedented in Tailem Bend. They’re extreme conditions anywhere but in the context of the terrain here, it made for a very, very trying couple of days.”

Despite the challenges, the weekend ran without incident, leaving Shahin confident his facility is up to the task.

“There are lots of lessons in getting to operate a facility like this; The Bend is a complex beast,” he admitted.

“It is extraordinarily difficult to just build a race track. It is incredibly complex to run a pit building complex with race control and a world class support infrastructure.

“But to add to that a hotel in the pit building, to add to that a restaurant and corporate facilities, to add to that the other facilities that are coming out of the ground, then the motorsport has really given us another wake-up call – not that we needed another one, but it really has opened my eyes to how (much) better we need to be to get the most out of The Bend.”

Shahin also confirmed that he’s in discussions to bring an international endurance event to the circuit.

“The track either in the 4.9km or the 7.7km configuration is a great race track,” Shahin said.

“World Endurance in any format, whether it is WEC or any of the other first-class endurance events that run around the world, are kind of made for this facility, and this facility is made to host those sorts of events.

“We are in discussions with several potential suitors for endurance events here, and hopefully we’ll have something to broadcast in that space soon.

“There’s no shortage of interest from around the world in the facility,” he continued.

“Well before we launched and held our first event, there was enough solid interest from premier international vendors of events to give us a lot of hope that we’re on the right track.”

The Bend this weekend hosts the Australian Superbike Championship and Asia Road Racing Championship, with a World Time Attack-style sprint event next weekend.

The Virgin Australia Supercars Championship visits the venue in August for The Bend SuperSprint.