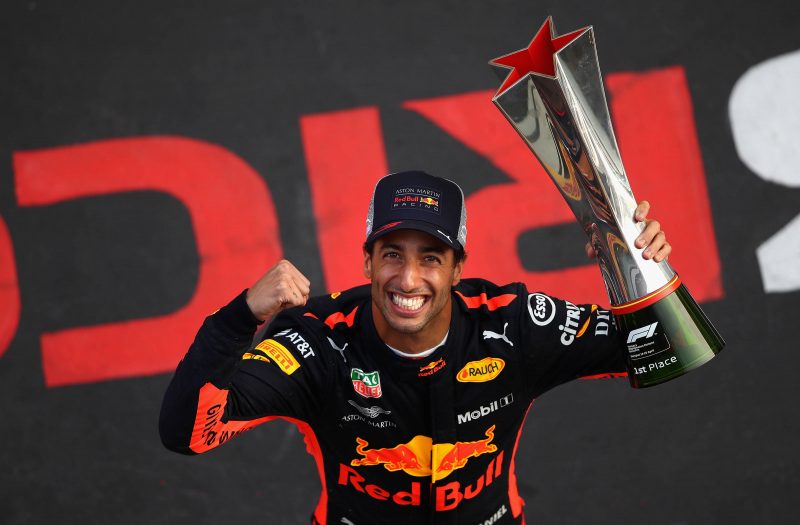 A winning car is key to Daniel Ricciardo as he weighs up his Formula 1 future after winning the Chinese Grand Prix on Sunday.

The out of contract Australian has been linked with Mercedes, Ferrari, and staying put at Red Bull, though concedes he’s yet to make any decision.

Key among the factors that will influence his call will be whether the team can provide the 28-year-old with a race, and championship winning car.

“I definitely want to be with the best car,” Ricciardo told Network Ten’s The Project.

“I think the weekend proved that if I’ve got the opportunity to win I can pull it off. I can handle that pressure and that intensity.”

Since the introduction of the new engine formula four years ago, Mercedes has taken over from Red Bull as the dominant force in the sport.

However the Anglo-German squad is yet to win a race in 2018, with both Ferrari and Red Bull having recorded successes.

Ricciardo though is looking for more than just the off race win.

“If we can win a few more with Red Bull now then that looks very attractive. If not, then I guess there are probably other options.

“The win (in China) helps, but if we were finishing sixth every race this year then that is not the most attractive option to me.”

After three races, Ricciardo currently sits fourth in the drivers’ championship standings, though is reluctant to suggest he’s in the championship mix just yet.

“I think it’s too early to say yes, simply because we won at the weekend,” he reasoned.

“We need to win regularly to kind of show that. But if we come out and win again in two weeks in Baku then I would probably say yes.”

Azerbaijan hosts the next round of the championship on April 27-29.