All Ford teams set to switch to Mustang for 2019

All Ford teams set to switch to Mustang for 2019 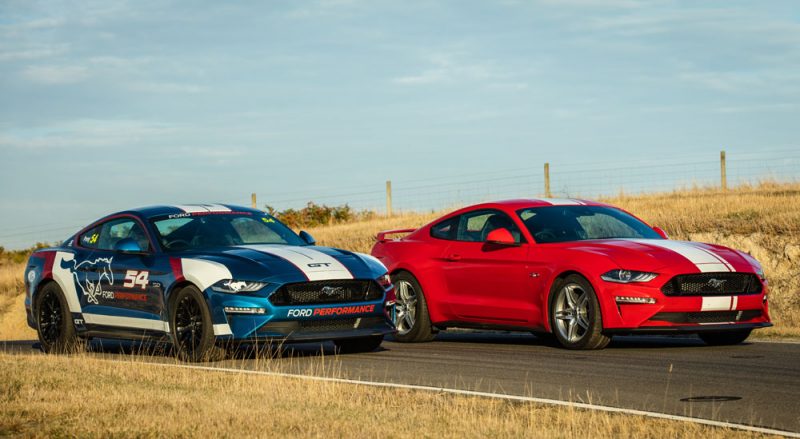 The Mustang is coming to Supercars in 2019

All Ford runners will switch to the Mustang for next year’s Virgin Australia Supercars Championship.

Announced on Tuesday, Ford will officially return to the Supercars grid with an all new car, set to be developed in collaboration by DJR Team Penkse, Tickford Racing, and Ford Performance.

The Mustang will replace the Falcon FGX, which went out of production in Australia in 2016.

Speaking with Speedcafe.com, both Phil Munday and Matt Stone confirmed their intention to transition to the Mustang, making 2018 the last for the Falcon.

“It means that we’ll be a Mustang next year, and I think for Supercars it’s an awesome thing that Ford’s come out now and said what they’re going to do with the Mustang in the sport,” 23Red Racing boss Munday told Speedcafe.com.

“It’s a great boost for punters that the Ford and Holden rivalry is there. I would really think that once you see the Mustang (with) the bits all done and out on the circuit it’ll be an awesome Supercar.

“It’s been a bit of an unknown,” Munday added.

“It’s been a bit daunting for me as a new guy into the sport with a new team and changing from what Lucas had run, Holdens, into Fords.

“And then sitting there thinking what’s going to happen, because I didn’t want to run an FGX next year again.”

Stone, who is also a newcomer to the main game for season 2018, is equally optimistic about the change for next year.

“I think it’s a good thing,” agreed the boss of the squad which carries his name.

“It’s definitely been on the cards for a while and probably the new Holden that’s really pushed the timetable up on it, although we were always expecting it for either next year or the year after. Next year works well with our plans.

“We’ll definitely be looking at it for next year,” he added.

“At this stage it’s so early on that it’s hard to know exactly what the correct path will be, but we’ll fully explore both options whether it’s just a reshell or to build a new car.”

Though the Mustang is a two-door coupe, the bodywork will fit on the existing Car of the Future chassis.

It means teams making the switch will largely mirror the process followed by the Holden teams, who switched from the VF to ZB Commodore.

“A bit like the ZB Commodore, there’s obviously bits and pieces that have to be manufactured on that; end plates on the (chassis) rails and stuff like that,” Munday explained.

“The underlying chassis, Car of the Future chassis, remains the same and it’s just a new inner and outer bodywork and obviously aero package homologation to go with it,” added Stone.

At MSR, the squad is weighing up whether it will upgrade or invest in a new chassis specifically for the Mustang.

In terms of vehicles eligible for Supercars, the team currently has two Falcon FGXs and the Holden Commodore in which Todd Hazelwood won last year’s Dunlop Super2 Series.

The Super2 program means much of the team’s current inventory of spares will be carried over next season and grandfathered into the feeder category.

“We’re going to try and move on the Holden VF that we’ve still got and then as the Mustang comes into the main game we’ll transfer two FGXs into Super2,” Stone said.

“That was our ballpark plan sort of from the beginning with it all.

“From our point of view, Super2 is a large part of our team,” he continued.

“It’s just probably a slightly different to some of the other main game teams. It doesn’t present such a large problem.

“Due to the availability of panel parts, we’re not overly stocked as it is on FGX parts and we obviously will run this year with the potential switch in mind so that we should work out reasonably well.”