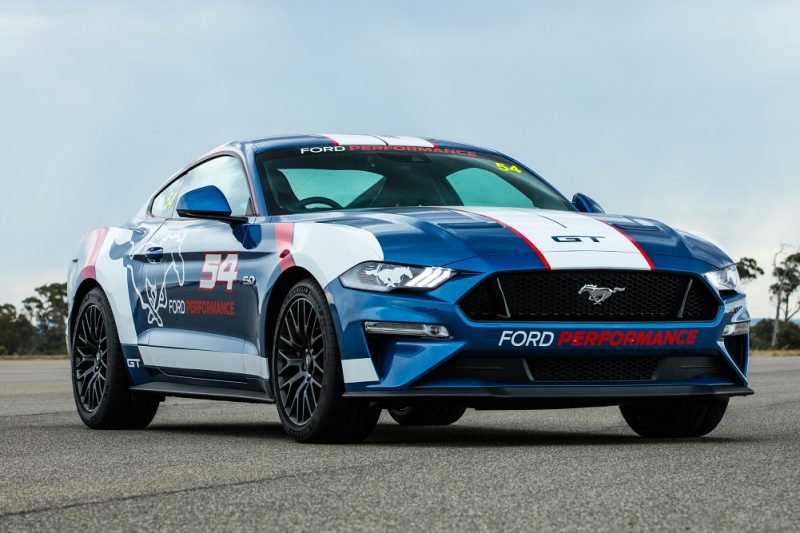 John Bowe has expressed his support for news that Ford teams will race Mustangs with assistance from the factory in next year’s Virgin Australia Supercars Championship.

While Bowe has raced a number of different manufacturers’ products throughout his career, he is most recognised as a two-time Bathurst 1000 winner and 1995 Australian Touring Car champion in Dick Johnson Racing Fords during a long stint with the Blue Oval.

The Mount Panorama triumphs came in a Sierra RS500 (1989) and EB Falcon (1994), and the championship in an EF Falcon, while Bowe has also won multiple Touring Car Masters titles in a 1969 Ford Mustang.

A member of the Australian Motor Sport Hall of Fame presented by Speedcafe.com, Bowe believes that the news is immensely positive for Supercars.

“I can’t imagine why it took this long, to be honest – typical of big business – but from my point of view I think it’s great because since I was a kid Mustang was an iconic performance vehicle for Ford, still is, and to see it racing will be great.

“Without viewers and fans and people going to the track, there is no category, and it’ll be good for the category.

“It’ll put more bums on seats and more eyeballs on TV screens, so it’s good news and good on whoever made the decision at Ford.” 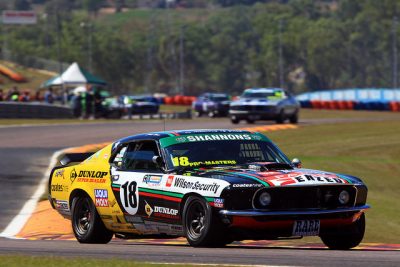 John Bowe in a Mustang in Touring Car Masters in 2014

The return of the Mustang to the top level of Australian motorsport represents a significant shift from the past 25 years in terms of vehicle types, with a pure hero car replacing the large Falcon sedan.

Bowe says that he would like to see Mustang’s General Motors counterpart, the Chevrolet Camaro which HSV is converting to right-hand-drive for sale in Australia and New Zealand, also on the grid in Supercars, and the Nissan GT-R.

“(Speaking) as a fan, I think fans like to see cars that have some relevance,” he explained.

“The job Triple Eight have done on the Commodore is outstanding but I think if they’re going to sell Camaros out here in any sort of volume, it’d be great to see Camaros racing.

“What I think and what car manufacturers think is not quite on the same plane but if I was Nissan, I’d be seriously doing the GT-R; they’ve got the GT-R in GT3, they have a GT3 engine which could be utilised as a Supercar engine, so there’s no reason you couldn’t race a GT-R as well.”

The news also puts to an end any doubts over DJR Team Penske’s choice of marque, which Bowe says would be a relief for his long-time friend and fellow Ford hero Dick Johnson.

“There’s nobody more Ford-focused than Dick Johnson,” he said.

“I know him well, we’re still good friends, and whilst there may have been an opportunity to race something else, it would have sat very unhappily with Dick, I’m sure.”

There are set to be eight Mustangs on the Supercars grid next year with 23Red Racing and Matt Stone Racing also confirming that they will make the switch from FGX Falcons.