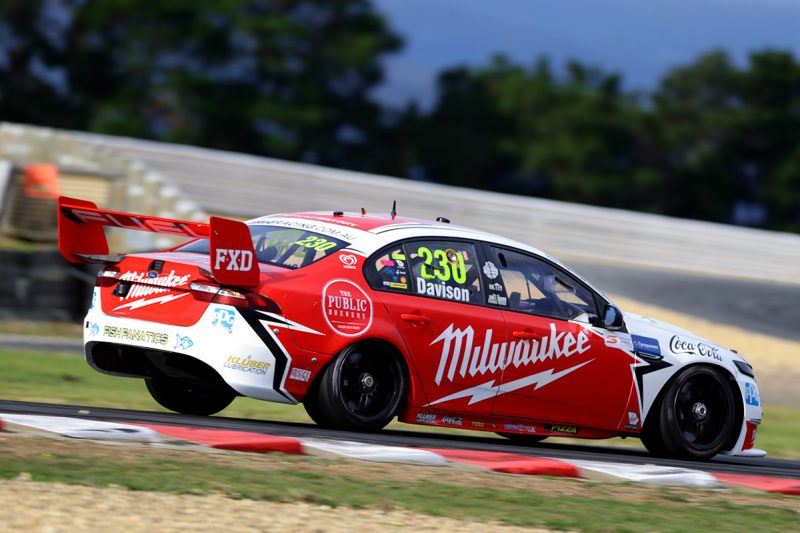 Phil Munday’s 23Red Racing squad has purchased a second Ford Falcon FGX ahead of a planned expansion into the Dunlop Super2 Series for the 2019 season.

Having stepped into the Virgin Australia Supercars Championship in place of Lucas Dumbrell Motorsport this season, Munday had initially planned to run John Steffensen in Porsche Carrera Cup.

That plan however was soon scaled back, though last week Munday confirmed the team would run Luis Leeds in the GT3 Cup Challenge feeder series.

Munday has now purchased a second Ford Falcon FGX with a view to campaigning the car in Super2 next season.

“I bought it because I would look at, next year, that we would potentially run in Super2.”

In the short term, the car will act as a spare for Will Davison’s Falcon, which is the 2017 Sandown 500 winning chassis driven by Stanaway and Cam Waters.

“The opportunity was there to purchase the car so I thought it was a good insurance for us as well,” Munday explained.

“We’ll have a car that if we need it as a spare, we’ve got a spare for a short term if needed.

“With what we’re doing and with the changes happening with the Mustang it’s a good opportunity for us to get ready to set it all up for next season.”

While mothballed for 2018, for 2019 the car will be redeployed to Super2, most likely in the hands of Leeds, with Davison’s current car converted into a Mustang.