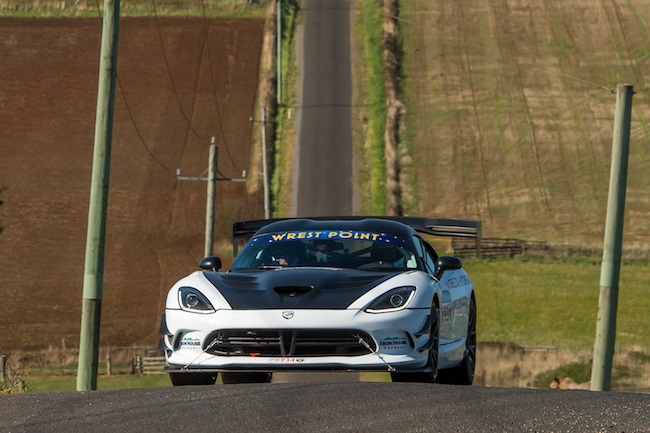 Jason and John White have stretched their lead to 16 seconds on Day 2 of the 2018 Targa Tasmania.

The six-time and defending rally winners came into the second day with a five-second advantage and Jason White was particularly quick through TS8 at Paloona, where his 2016 Dodge Viper was 10 seconds quicker than the rest.

“We had an exciting stage at Paloona,” he said.

“I hit the brakes on the first corner and had a drink bottle submarine down in between the brake pedals.

“It was a distraction for the first few kays. It made me crabby, but the crabbiness fed through the steering wheel and into the wheels and it ended up being a very good time.

“We’ll have to start conserving tyres soon, the only trouble is that it’s too much fun.”

The difference between the two entries, however, is just four seconds after six more stages.

Day 3 takes the field to St Helens on the east coast for another six competitive stages before a return to the Launceston base.