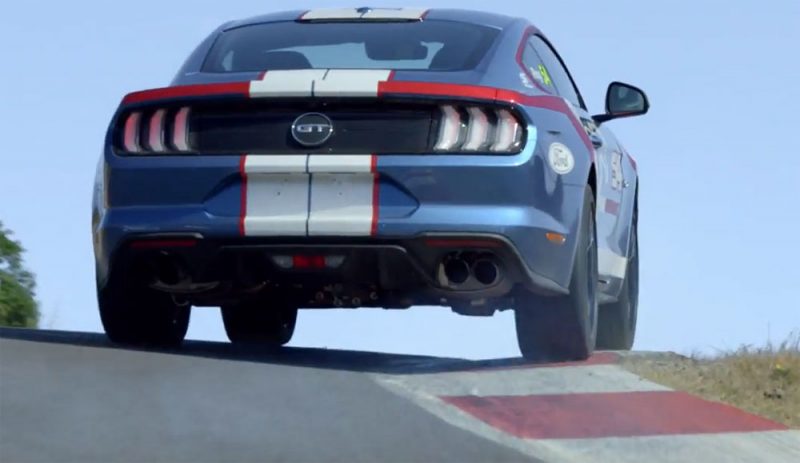 The 2019 Mustang Supercar will sport a V8 engine

Ford Australia, Tickford Racing, and DJR Team Penske have confirmed that the Mustang will retain the marque’s trusty V8 Supercar engine at least for next year.

With the introduction of the Mustang representing a switch to a coupe shape from the four-door Falcon sedan, the decision has been made to focus on aerodynamic development before attempting to usher a new engine into Supercars.

Both alternative body shapes and alternative engines became allowable under the introduction of the Virgin Australia Supercars Championship’s Gen 2 regulations in 2017.

Ford teams, however, will stick with the powerplant specification which has formed the backbone of the Australian Touring Car Championship since 1993.

“The vehicle will be running around with a V8,” Ford Australia CEO Graeme Whickman confirmed.

“That’s what’s being worked on at the moment along with all the other technical feasibility pieces.

“What happens in the future obviously remains open.

“We did look at other vehicles when we first thought about this, well before we even engaged with the teams or the series, but the Mustang is the right fit and its credentials in terms of the V8 are very, very strong.”

DJR Team Penske managing director Ryan Story and Tickford Racing team principal Tim Edwards agreed that they preferred to isolate their workload to aerodynamics for the time being.

“Our focus is on Mustang,” said Story.

Edwards added, “And really from a racer’s perspective, the team’s preference was to just do one change so at least we can go into 2019 with the new aerodynamics package and we’re not sort of confusing what might have changed from a powertrain point of view.

“From the racer point of view, doing one thing at once is preferable.”

Holden was set to introduce a V6 twin-turbo this year, initially in at least Jamie Whincup’s and Shane van Gisbergen’s ZB Commodores.

That endeavour was scaled back to an additional entry which would run as a wildcard at selected events, before being suspended altogether just over a week ago.

The road-going Mustang, by contrast, is available with a 5.0-litre V8 or 2.3-litre four-cylinder turbo petrol.

The Nissan Altima Supercars has featured a 5.0-litre version of the VK56DE V8 engine from the Patrol four-wheel-drive since its introduction with the Car of the Future regulations in 2013.

Edwards recently told Speedcafe.com that a shift away from V8 engines in Supercars is inevitable, but could not nominate a specific timeframe.