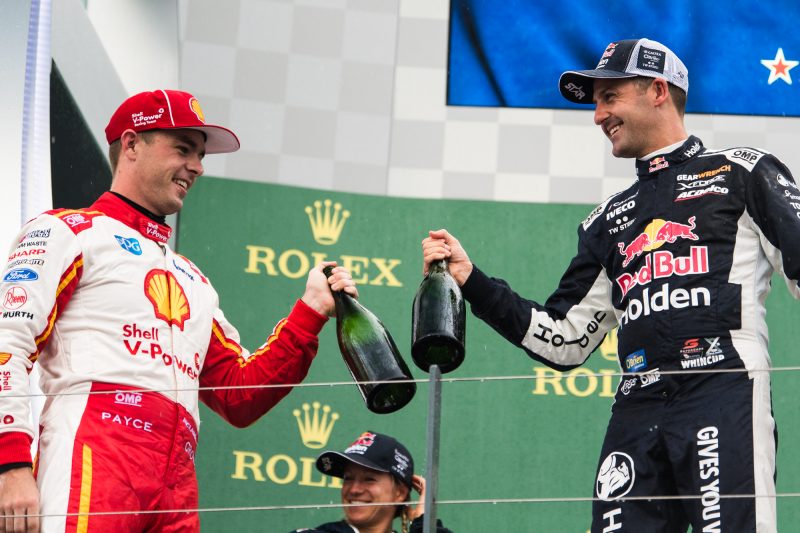 Holden has welcomed Ford back to Supercars

Holden Motorsport has welcomed the return of Ford Australia support to the Virgin Australia Supercars Championship.

It issued a statement shortly after Ford confirmed that the Mustang would be the Blue Oval’s new Supercar from 2019.

See below for the full statement

Holden Motorsport would like to welcome Ford back to the Virgin Australia Supercars Championship. The Holden-Ford rivalry stretches back to the 1960s and is considered one of the greatest in motorsport history across the globe. It’s also fueled an incredible passion for motorsport in Australia.

“It’s a legendary rivalry on the racetrack, so bring it on,” says Holden Australia’s Executive Director – Marketing Kristian Aquilina.

“The all-new Commodore has won seven of the eight Supercars races this year and Ford’s re-entry is only going to push our teams even harder and make our race cars stronger as we look to take plenty more silverware from our rivals. We look forward to relegating the new Mustang to the back of the racetrack!”

The Supercars Championship is a proven winner and the close, hard-fought racing is the reason this category is considered one of the greatest by motorsport fans across the globe.

More manufacturer support only strengthens the quality of racing and we look forward to continuing our momentum as the ones to beat in the Supercars Championship.