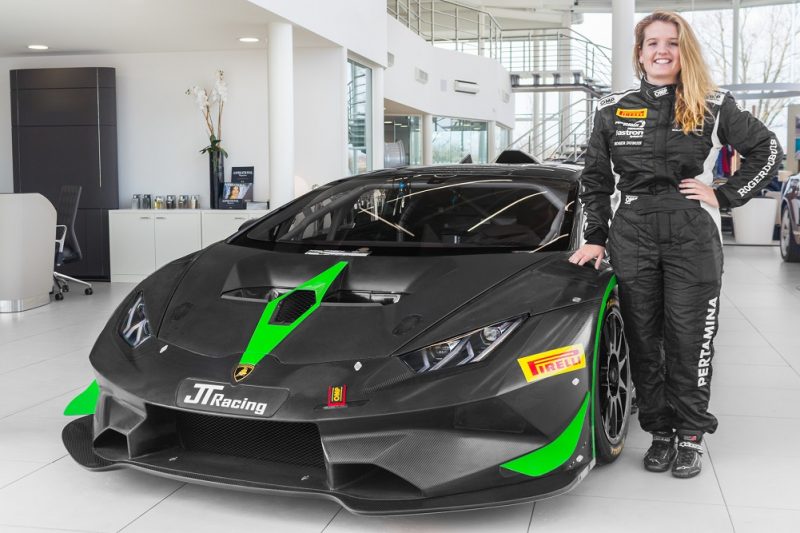 Wood will race a Huracan GT3 with United Kingdom team MTech Racing in the series, which starts this weekend (April 21-22) at Monza.

“I am extremely excited to be getting back behind the wheel of the Huracan, especially as it is the European Lamborghini Super Trofeo Series,” said Wood, who hails from the Hunter Valley near Newcastle and is now based in the UK.

“It is such a competitive championship and it is amazing to fly the Aussie flag high here in Europe.

“It has been exciting preparing for the event with MTech Racing and my teammate Brent Millage in the lead-up.

“Monza is an incredible track, rich with motorsport heritage.

“Not only that, but it’s a technical circuit but I feel confident and ready for the challenge.

“I can’t wait to start the season this weekend.”

Wood last year racing a Lamborghini Gallardo in the Blancpain GT Series with Reiter Engineering, having won the Reiter Young Stars Cup in 2016.

The 21-year-old, whose stated goal is to become the first woman to win the 24 Hours of Le Mans, made her Mount Panorama debut at this year’s Bathurst 12 Hour but did not turn a racing lap after an early accident for a co-driver in the #48 M Motorsport KMT X-Bow GT4.