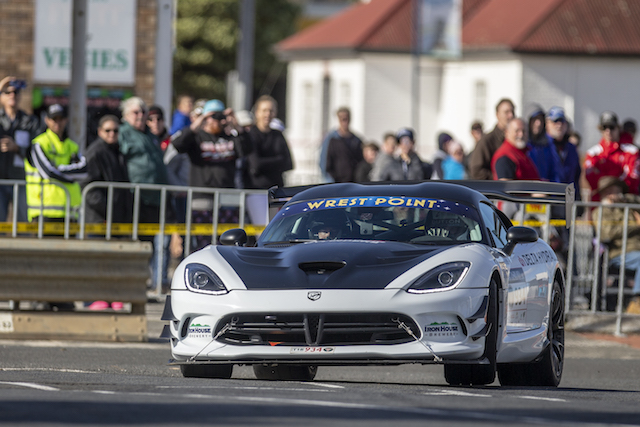 Jason White pushed his Dodge Viper hard through George Town in particular to establish the early advantage over Paul Stokell and Erin Kelly.

“Leading after day one is a good start, but we probably tried a bit harder than we really should in George Town as far as tyre wear goes, but it’s just too hard to resist,” said White.

“You get to George Town and there’s people everywhere and it would be a shame not to drive around as quick as you can.”

Stokell also pulled out a big effort in his Lotus Exige on the 4.74km town sprint.

“I went as hard as I could and it was only the horsepower of the Whites and their Dodge Viper which beat me,” he said.

See below for course map 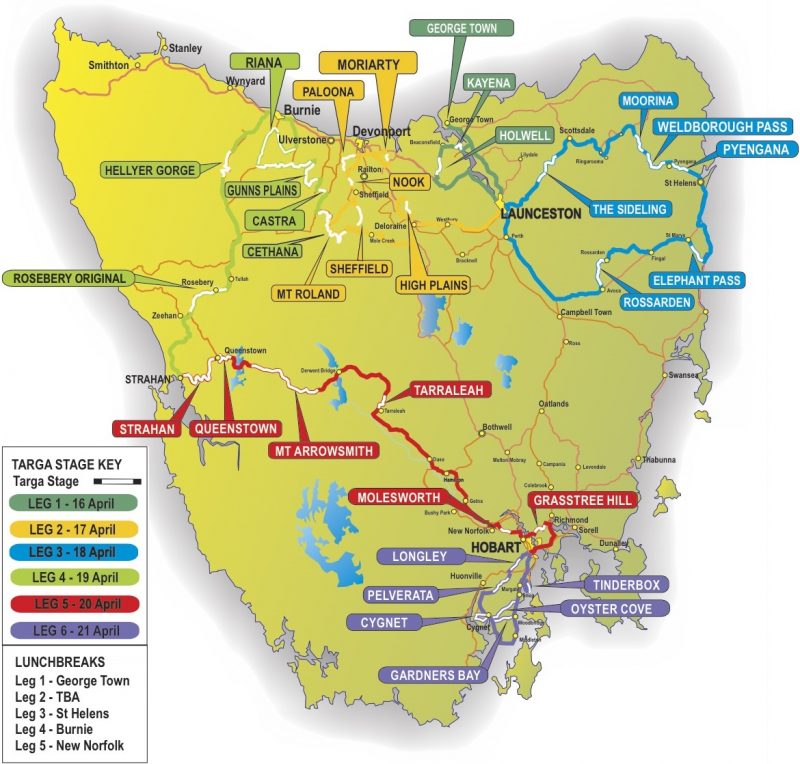